Alcohol & Drug Violations That Lead to DL Suspension or Revocation 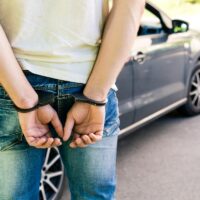 As we previously discussed, a New York driver can have their driving privileges suspended or revoked after conviction for a number of infractions or criminal offenses. Below, we discuss the crimes and terms of driver license suspension or revocation for New York alcohol and drug offenses. Call a dedicated New York criminal defense lawyer if you have been arrested for drunk driving or charged with another crime in the Hudson Valley or New York City.

Driving While Ability Impaired by Drugs (DWAI-Drug). A conviction for driving while impaired by the effects of a drug, such as marijuana or a prescription opioid, carries a minimum six-month driver’s license suspension.

Driving While Ability Impaired by Alcohol (DWAI-Alcohol). A driver who is found to have been driving while their abilities are impaired by alcohol, or who has a blood-alcohol content (BAC) of between 0.05% and 0.07%, is subject to a minimum 90-day license suspension.

Driving While Ability Impaired by a Combined Influence of Drugs or Alcohol (DWAI-Combined). A driver impaired by a combination of drugs and alcohol faces a minimum six-month license suspension.

Zero Tolerance. New York’s “Zero Tolerance” law prohibits any driver under the age of 21 from driving with any alcohol in their system. An underage driver with a BAC of between 0.02% and 0.07%, regardless of whether they are legally “impaired,” can be charged under the Zero Tolerance law. A Zero Tolerance violation carries a minimum six-month license suspension.

Chemical test refusal. Refusing to take a breathalyzer or other chemical test after a traffic stop leads to an immediate license suspension. The suspension will be converted into a revocation if the refusal is confirmed at a later DMV hearing.

Offenses Punished by Driver’s License Revocation
Conviction for the following offenses leads to license revocation. Unless otherwise stated, these refer to first-time convictions.

Driving While Intoxicated (DWI). New York distinguishes DWAI and DWI. DWI is a more serious offense, applying to drivers who are “intoxicated” or who have a BAC of at least 0.08 (“per se” intoxication). Conviction for DWI carries a minimum six-month license revocation.

Aggravated Driving While Intoxicated (AGG-DWI). A driver with a BAC of at least 0.18 faces a minimum one-year license revocation.

Child present in vehicle. A driver convicted for a driving-related alcohol or drug offense while a child aged 15 or younger was in the vehicle faces a minimum one-year license revocation.

If you have been arrested or charged with a misdemeanor or felony in New York, call Dupée & Monroe, P.C., to get help from an experienced and trial-ready criminal defense lawyer. From our offices in Goshen, we represent clients charged with all manner of criminal offenses in Orange County and throughout the Hudson Valley.