Assault vs. Battery: What’s the Difference? 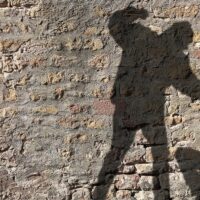 People have generally heard the phrase “assault and battery” either on the news or in television and movies. The terms “assault” and “battery” actually have different, specific legal meanings. The legal definitions of assault and battery differ in both the civil and criminal contexts, and they differ by state as well. For defendants arrested and charged with the crime of assault in New York, the various terms can be confusing. Below, our seasoned New York criminal law team explains what the terms mean under New York law, and which crimes are applicable.

There is No Crime of “Battery” in New York

In New York, there is no crime of “battery” or “assault and battery.” There is only one crime: assault (although there are different levels of assault). The term “battery” may arise, however, in the civil context. Assault and battery are two different intentional torts, meaning injury-based civil claims.

In the civil context, assault refers to when a defendant puts a victim in reasonable apprehension of imminent harm. If someone threatens to harm a victim, the victim may sue the aggressor in civil court for damages caused. Assault does not require actual physical contact or physical injury.

Civil battery occurs when an individual is touched in an offensive manner. Battery could refer to an allegation that the defendant attacked the plaintiff (punching, kicking, choking, etc.) and caused physical harm, or that the defendant engaged in other non-consensual physical touching that did not cause physical injury.

New York penal law does not mention “battery.” Instead, crimes of physical violence use the term “assault.” Assault under New York criminal law concerns what is often referred to as “battery” in the civil context or in some other states.

There are several different levels of assault in New York. A conviction for assault in the lowest form, assault in the third degree (sometimes called “simple assault”) requires that the defendant caused someone physical harm with the intent to do so, or did so through reckless conduct or criminal negligence. More serious degrees of assault may be charged depending on the level of harm caused, the means used (such as if a deadly weapon is employed), and the nature of the victim (such as if the victim is a child or a police officer).

Defenses to an assault charge might include self-defense, defense of others, lack of intent, mistaken identity, consent, and more. It’s worthwhile to talk to a criminal defense attorney before making any statements or entering a plea if you’ve been charged with assault.

If you have been arrested or charged with a misdemeanor or felony in New York, call Dupée & Monroe, P.C., to get help from a seasoned criminal defense lawyer. From our offices in Goshen, we represent clients charged with all manner of criminal offenses in Orange County and throughout the Hudson Valley.