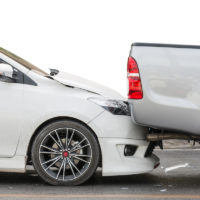 Dupée & Monroe represented the plaintiff in the case of Darien v. Salomon and CBT Para Transit, Inc. in the New York Supreme Court, Bronx County. Our client, Janice Darien, had been stopped at a red light at the intersection of Park Avenue and East Tremont Avenue in The Bronx when she was rear-ended by a vehicle owned by CBT Para Transit, Inc. and operated by the defendant Leveen Salomon. We sued both the owner and the operator of the vehicle for the damages caused.
Before trial, we submitted a motion for summary judgment on the issue of liability. When the judge grants summary judgment, it means there are no material facts to be submitted to the jury, and the party is entitled to judgment as a matter of law on that particular issue. Since our client was rear-ended by another vehicle, this creates a prima facie case of negligence on the part of the driver who hit her. This means it is up to the defendant to produce some explanation for the collision that explains his behavior was not negligent.
The defendant driver in this case submitted an opposition to our motion. He claimed that he was stopped at a red light behind the plaintiff and that both cars moved when the light turned green, but then the plaintiff stopped suddenly for no apparent reason. The defendant claims he applied the brakes but was not able to stop in time, in part because the roadway was wet from rain.
This explanation was not sufficient for the court. It is true that the law does not state that the front-most driver can never be negligent. For instance, if the driver ahead were to stop in the left lane to make a turn without signaling, or stop in the middle of the road to ask a passing pedestrian for directions, or otherwise stop without working brake lights or emergency flashers, these might all be enough evidence of negligence to send the case to the jury. But in this case, the defendant did not offer any such explanation that showed negligence on the part of the plaintiff or excused his own actions. According to the court, “A driver is expected to drive at a sufficiently safe speed and maintain enough distance between himself and cars ahead of him so as to avoid a rear-end collision, taking into account the weather and road conditions.”
The court granted our motion for summary judgment on the issue of liability, meaning that the only issue left for trial would be how much in damages our client is entitled to. Often times a case will settle at this point, since the defendant knows it has already lost and will have to pay. In fact, Ms. Darien’s case was indeed successfully settled by Dupée & Monroe after winning summary judgment on the issue of liability. Law and motion practice is a large part of trial practice in New York courts. Many cases are won or lost on the basis of summary judgment and other pre-trial motions.