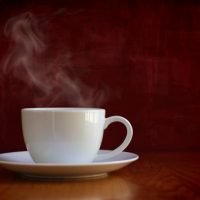 A recent decision in the Supreme Court, Kings County serves as a reminder of the facts which must be proven or refuted in a premises liability case, including when the property was last inspected before the personal injury accident occurred. In the latest phase of litigation that has been ongoing since 2009, the judge in Hassan v. Barnes & Noble Booksellers, Inc. last October denied the defendant’s motion for summary judgment and refused to dismiss the case.
The case arose out of a 2008 accident at a Barnes & Noble on 7th Avenue in Brooklyn, when an infant was burned by a hot tea spill. In the lawsuit, the father claims B&N were negligent for serving tea that was unreasonably hot in a cup with the lid improperly secured. Also, the table where the spill occurred was uneven and wobbly.
The defendant filed a motion for summary judgment, claiming the plaintiff failed to submit evidence showing that Barnes & Noble had actual or constructive notice that the table was defective. Putting the property owner on constructive notice of a dangerous condition means that the condition was visible and apparent and was in existence long enough that it should have been discovered and corrected before the accident occurred. Evidence showing when the area was last cleaned or inspected before the accident would go a long way toward proving or disproving constructive notice.
The defendant moved for summary judgment since the plaintiff didn’t provide evidence showing that an unreasonable time passed between the last inspection of the area and the accident. However, the court noted that on a summary judgment motion, it is the defendant’s job to produce evidence showing that it wasn’t negligent. Since Barnes & Noble didn’t produce any evidence showing they had inspected the area in a reasonable period before the accident, the court denied their motion. The plaintiff may still have to convince a jury that the bookstore was negligent and may yet have to produce evidence about what the store owner knew or should have known, but for now at least, the plaintiff has won a victory that keeps the case alive.