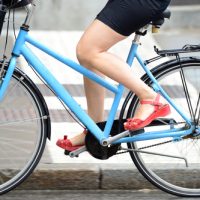 Recently, the Appellate Division of the New York Supreme Court upheld the dismissal of a case brought by a woman who was injured when a dog ran into the road while she was riding her bicycle, causing her to collide with the animal and fall from the bike. The woman sued the dog owner for negligence and strict liability, but the Supreme Court granted the defendant’s motion for summary judgment and dismissed the complaint. The Appellate Division affirmed the dismissal on appeal.
Under New York law, a dog owner is not liable under the rules of ordinary negligence for injuries caused by the dog. However, a dog owner is held strictly liable for personal injury or property damage caused by the dog, but only if the owner had knowledge of the animal’s “vicious propensity.” A vicious propensity under the law is a propensity to do any act that might endanger the safety of the person or property of another.
It has been held in the past that a propensity to chase people on bikes or to dart into the road can be a vicious propensity within the meaning of the law. However, in this case all the plaintiff could prove was that animal had a propensity to run around the yard and bark, which is normal dog behavior. The plaintiff could not prove that the owners had any knowledge of the dog’s propensity to leave the yard and chase bicycles or otherwise interfere with traffic.
Apparently, the dog was restricted to the yard by an invisible fence, which when operating properly delivers a shock to the dog through a collar if the dog attempts to venture beyond the boundary. The plaintiff may have tried to complain that the defendant negligently maintained the fence, which enabled the dog to leave the yard, but remember that a plaintiff cannot succeed on a claim of ordinary negligence for an injury caused by a dog. The only way to succeed is to prove the owner had notice of the animal’s vicious propensity, in which case the owner is held strictly liable.