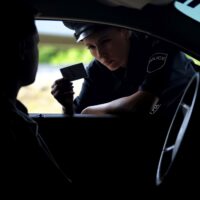 New York simultaneously has some of the worst traffic in the country as well as some of the harshest driving safety laws and regulations. Any number of offenses can lead to a license suspension or revocation, and young drivers are at especially high risk for triggering one of these offenses. Read on to learn about license suspension offenses common to young drivers as well as recent changes to the driver suspension laws in New York, and call a knowledgeable New York criminal defense attorney if you are facing New York driving offense charges.

In New York, there are several reasons why your driving privileges can be either suspended or revoked. Typically, suspension or revocation occurs due to the commission of a crime or a driving-related offense, or failure to adhere to some court obligation. Some of the most common reasons for definite or limited-term suspension for new drivers include:

Regarding the latter point, drivers under the age of 18 face special restrictions. Junior learner’s permits allow drivers under 18 to operate a vehicle on certain roads only with supervision. Drivers with a junior driver’s license can drive unsupervised but face certain restrictions. Additionally, New York law sets an age threshold of 16 years for anyone to drive in the state; even if you have a valid driver’s license or permit from another state, you cannot drive here until age 16. Violating these rules for junior drivers can lead to license suspension.

Young drivers also commonly face indefinite periods of license suspension for failing to answer a traffic ticket, failing to pay a Driver Responsibility Assessment or other fine, failing to file a report after a traffic accident, or failing to carry the requisite auto insurance.

Historically, one of the most common ways in which to lose your driver’s license in New York has been to fail to pay traffic tickets and other court fees. In recent years, civil rights advocates and state officials have argued that the practice tends to disproportionately burden lower-income individuals and people of color; those who are more likely to be pulled over and prosecuted as well as those who are simply less able to pay fines on time. Effective 2021, the Driver’s License Suspension Reform Act (DLSRA) aims to remedy the problem.

Upon going into effect in June 2021, the DLSRA automatically lifted then-existing suspensions for unpaid tickets and allowed drivers to enter into payment plans. If you are facing suspension of your driver’s license, you might have a pathway through the new law to stave off suspension or have your license reinstated. Talk to a savvy New York driving offense attorney for help.

If you have had your driver’s license suspended or you’ve been arrested on charges in New York, call Dupée & Monroe, P.C., to get help from a dedicated New York criminal defense lawyer. From our offices in Goshen, we represent clients charged with all manner of criminal offenses in Orange County and throughout the Hudson Valley.