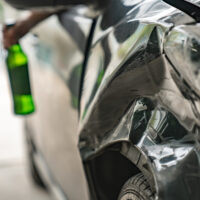 Getting arrested for a DWI (driving while intoxicated) or DWAI (driving while ability impaired) in New York does not necessarily mean that the driver will spend an extended period of time in jail.  With the help of a dedicated New York DWI/DWAI defense attorney, you may be able to avoid the most serious possible consequences for a first-time DWI conviction.  If this is a second or third offense, however, the potential penalties become much more severe.

The laws against drunk or impaired driving in New York are broken down into several categories.  These categories include:

If you are charged with a second misdemeanor DWI within ten years of either DWI, Aggravated DWI, DWAI Drugs, or DWAI Combined Influence, you may face the following penalties:

If you are charged with felony DWI and have a previous drunk driving or other related conviction within the previous ten years, you face even more severe penalties in addition to those described above:

Your penalty may be less severe if you face DWAI-alcohol charges rather than DWI, and you may trigger the most severe penalties if your convictions and charges are for more severe forms of DWI, such as aggravated DWI.  Your criminal defense attorney will explain the range of penalties you may face depending on your charges and your criminal history.

If you have been arrested for DWI, drug crimes, or other criminal charges in New York, contact the experienced and dedicated Goshen criminal defense lawyers Dupée & Monroe at 845-294-8900 to fight for you.