Driving on a Suspended or Revoked License 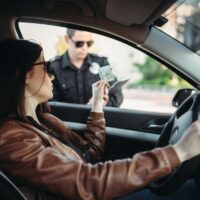 Driving privileges can be suspended in New York for a number of reasons, including criminal conviction and accumulation of enough driving record points. Driving on a suspended or revoked license is chargeable as a criminal act, carrying harsh penalties. Continue reading for a discussion of the consequences for driving on a suspended or revoked driver’s license. Call an experienced New York criminal defense attorney if you are facing New York driving offense charges.

If you’ve had your driving privileges suspended or revoked in New York, you are not permitted to drive. If you are caught driving on a suspended license, you can be charged with aggravated unlicensed operation (AUO) of a motor vehicle. AUO is a serious criminal offense, punishable with heavy fines and even imprisonment. There are three levels of AUO depending upon the specifics of the defendant’s conduct. At its most serious level, AUO is chargeable as a felony.

Defendants may be charged with the base level of Third-Degree AUO if they are found to be operating a motor vehicle while knowing that their license has been suspended or revoked.

Defendants may be charged with Second-Degree AUO if they were driving on a suspended license and:

Penalties for Driving on a Suspended License

The possible consequences of an AUO conviction should not be taken lightly. Depending upon the severity of the offense, the defendant can face significant fines, additional surcharges, and jail time. The penalties for AUO are as follows:

Drivers who are convicted of AUO can also expect to see their auto insurance premiums rise significantly. Driving on a suspended license often leads to rate hikes of up to 40 percent. The insurer may, in fact, consider the driver “high risk” and cancel the policy entirely.

If you’ve had your driver’s license suspended, if you’ve been charged with a moving violation, or if you’ve been arrested on charges in New York, call Dupée & Monroe, P.C., to get help from a seasoned New York criminal defense lawyer. From our offices in Goshen, we represent clients charged with all manner of criminal offenses in Orange County and throughout the Hudson Valley.