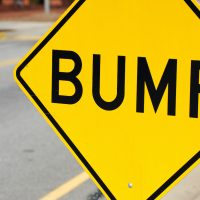 City and state governments are responsible for ensuring that the roads they design and maintain are safe for public use. When a road falls into disrepair, or when a roadway is poorly designed, people can get hurt. The municipality or state authority responsible for that road can and should be held responsible for any injuries that occur as a result of their negligence. Cases against the government tend to be more fraught and complex than the standard personal injury matter.

Despite the difficulties, the personal injury law firm Dupée & Monroe managed to obtain justice for a motorcyclist injured as a result of New York City’s faulty road design. In light of our client’s injuries, caused by the City’s actions, the City recently agreed to pay our client $3 million to settle the claims. Our New York motorcycle accident legal team is thrilled for our client and proud to have earned him the recovery he is due. Continue reading for details about the case and the allegations.

Shortly before the accident, the City of New York had repaved Ampere Avenue and reinstalled a black speed bump at that location. At the time, the City had hired a third-party contractor to install thermoplastic pavement markings on and around the newly installed speed bump. The contractor was meant to complete the work order within 24 hours but was unable to do so; two weeks later, they informed the City they were still behind. Ultimately, they finally installed the markings on June 27, 2011, nine days after our client’s accident.

Because the newly paved road and the bump were both black, the bump was nearly impossible to see, especially at night. The City knew–or should have known–that a black speed bump on a black roadway would pose an extreme danger to any motorists passing through, especially at night, without any sort of marking to warn of the sudden bump. Although there was a “Speed Hump” sign nearby, it was visibly obscured by trees–our client did not, and could not have been reasonably expected to, see that sign. The bump went unmarked for a full 35 days.

The City’s negligence in failing to adequately warn against a virtually invisible speed bump led directly to our client’s accident and resulting injuries. On behalf of our client, we sought to hold the City responsible for his injuries.

As a result of the accident, our client endured several serious injuries. He suffered a left clavicle fracture and a left fifth rib lateral fracture. The clavicle fracture was so severe as to cause additional complications, nearly puncturing the skin. He was forced to undergo invasive emergency surgery and has, for more than a decade since, suffered chronic shoulder pain. He now suffers from a permanent disability, severely limiting his ability to work and engage in many normal daily activities.

On behalf of our client, we negotiated a $3 million settlement with the City of New York. The settlement proceeds are meant to compensate our client for his serious injuries, medical costs, pain and suffering, diminished earning capacity, and lifelong disability. While nothing can truly replace what our client has lost, we are proud to have helped secure him reasonable compensation for his injuries and other damages.

If You’ve Been Injured in a Motorcycle Accident, Dupée & Monroe Is Ready to Help

If you need help getting medical treatment and compensation for the harm you suffered after a serious accident, whether your accident was caused by a negligent driver, defective road design, or other causes, contact the zealous and successful Goshen personal injury lawyers Dupée & Monroe for a free consultation at 845-294-8900.