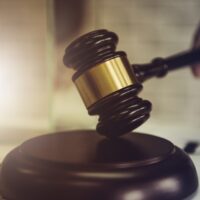 There’s little more satisfying than seeing justice truly be served. Recently, the criminal defense law firm Dupée & Monroe was able to help a valued client achieve just that. Our client was charged with Driving While Intoxicated (DWI), a serious criminal offense. Defense attorney James E. Monroe successfully proved to the court at trial that the charges were without merit and should be dropped in their entirety. Below, we discuss the facts of the case and the arguments that convinced the court to dismiss the case against our client. If you’ve been arrested for DWI, DWAI, or other criminal charges in New York, call a seasoned and trial-ready New York DWI/DWAI attorney for advice and representation.

The facts of the case brought against our client are simple: A police officer observed our client’s vehicle parked legally with the lights on and engine running. Observing the same vehicle several hours later, still fully parked with the lights on and engine running, the officer decided to investigate. The officer found our client asleep on the driver’s side of the vehicle, with his hand around a bottle of whiskey. The officer had no reason to believe the car had moved in those two hours. Our client awoke at that point due to the patrol lights and flashlight shined by the police officer, and the officer arrested him on suspicion of DWI.

New York courts have consistently held that a DWI conviction must be premised on actual “operation” of the vehicle. “Operation” is broader than “driving,” but a driver must “use the mechanisms of the vehicle for the purpose of putting the automobile in motion.” Operation must, in fact, go beyond the mere mental state of intending to move the vehicle–the driver must actually do something to start moving the vehicle. The operation can be proven by circumstantial evidence, but it must be proven. Going to sleep inside a parked car is far from sufficient to prove that a defendant planned to operate the vehicle; in fact, it suggests quite the opposite.

In this instance, attorney James E. Monroe argued to the court that the fact that the engine was running did not demonstrate that our client took steps with the intention of operating the vehicle. Instead, our client turned on the engine simply to run the heat and stay warm over a cold New York night. He did not, and never had any intention to, operate the vehicle over the course of the night.

The court accepted the arguments of counsel and agreed that the government had provided no evidence showing that our client either operated the vehicle or manifested a “present intent” to operate his pickup truck. Clearly, while fast asleep, he had no intent to operate the vehicle. Following trial, the court appropriately dismissed all charges. Dupée & Monroe could not be more thrilled with the outcome of the case and the victory for our client.

If you are facing DWI or other criminal charges in or around the Hudson Valley, including Ulster, Orange, or Goshen, contact the dedicated, thorough, and talented criminal defense lawyers at Dupée & Monroe for a consultation on your case.