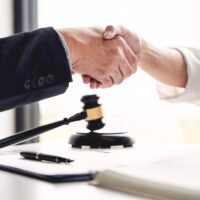 On June 14, 2021, Dupée & Monroe partner Jon C. Dupée succeeded in having all criminal charges against his client dismissed, and all on the eve of the scheduled start of trial. This case highlights the importance of working with a knowledgeable and attentive criminal defense attorney anytime you’re facing potentially future-altering criminal claims. Read on to learn more about the recent case and contact the Goshen offices of Dupée & Monroe if you’re facing criminal charges in the Hudson Valley.

Failure to adhere to pleading requirements leads to dismissal of claims

When the Orange County prosecutor’s office filed its informations (essentially a statement of the defendant’s alleged crimes) and supporting witness statements against our client, these documents failed to include information that identified the witness who called in the complaint against our client. Our attorney Jim Monroe noticed the absence of information identifying the witness and recognized it as a violation of important rules of criminal procedure. New York law makes it mandatory that any informations filed include sources for any assertions made within. Without including the name of the person who reported seeing our client drive drunk, the documents forming the basis of the complaint made against our client formed an insufficient basis for an arrest. In essence, the rule prevents hearsay from forming the basis for an arrest and future conviction.

Mr. Dupée filed a motion to dismiss the claims on this basis, which was granted by the Port Jervis City Court judge on June 14. Our client’s bench trial for Driving While Intoxicated was scheduled to begin the following day, but after the motion was granted, all claims against our client were dismissed and the case was closed.

Rules against hearsay are an important protection for criminal defendants

While it may seem at first glance like our client “got off on a technicality,” there are important reasons that the criminal justice system has rules against hearsay. The term “hearsay” describes testimony that does not come directly from the witness but instead is introduced to the court through a third party. For example, if someone testified in court that Joe Smith was a murderer, but when asked to explain why they believed this to be the case, said, “because Mary told me she saw him kill the victim,” this would be considered hearsay. If Joe is on trial for murder, it would not be fair to use evidence gathered through a game of telephone to support a potential life sentence, nor would it be constitutional.

The Sixth Amendment to the US Constitution (part of the Bill of Rights) enshrines the right for criminal defendants to confront witnesses testifying against them. The right to confront and question witnesses to a crime allows a defendant to determine just how certain the witness is of what they saw, whether anything may have impaired the witness’ judgment or perception of events, and whether the witness has ulterior motives for testifying against the defendant. This rule serves as crucial protection against wrongful convictions for serious crimes.

Ultimately, the Sixth Amendment formed the basis for the dismissal of all claims against our client. It is also important that hearsay does not form the basis for any criminal complaints. A conviction for Driving While Intoxicated can have catastrophic consequences for those convicted, such as loss of a driver’s license, jail time, or loss of a job. No New York resident deserves to face the lifelong stigma of a criminal conviction based on unreliable evidence.

If you are facing criminal charges in or around the Hudson Valley, including Ulster, Orange, or Goshen, contact the dedicated, knowledgeable, and effective criminal defense lawyers at Dupée & Monroe for a consultation on your case.