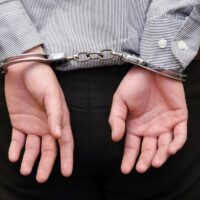 Recently, attorneys at Dupée & Monroe were proud to secure a strong victory against a perpetrator of child abuse. Our child victim attorneys took on a case involving allegations of sexual abuse leveled against the grandfather of our client. We helped our client pursue claims under New York’s Child Victims Act, which allows survivors of child abuse to bring civil claims for damages against abusers. Based on a related criminal conviction, the trial court agreed that our client had proven her allegations as a matter of law, and granted summary judgment on the issue of liability. Continue reading for a discussion of the case and the court’s reasoning. If you were victimized by an abuser as a child, or if you know someone who suffered child sexual abuse, speak with our New York sexual abuse attorneys to find out how we can help you get the justice you deserve for the pain you have been put through.

Our clients are a young woman, B.W., and her mother, M.W., who allege that B.W.’s maternal step-grandfather sexually abused B.W. when she was between seven and eight years old. Because B.W. remains under the age of majority, her mother joined as a party to represent B.W.’s interests.

In December 2016, the defendant grandfather was convicted of sexual abuse in the first degree, in violation of New York Penal Law section 130.65(3). He pleaded guilty to five counts and was sentenced to ten years of probation, along with GPS monitoring, sex offender registration, as well as additional fines and penalties. This was not, however, sufficient justice for the atrocious acts he committed against his young granddaughter.

On behalf of B.W. and M.W. and relying on New York’s Child Victims Act (CVA), we filed civil claims alleging, among other things, assault and battery perpetrated by the defendant grandfather against B.W. The CVA, signed into law in 2019 and codified at CPLR 214-g, permits victims of child sexual abuse to bring a civil lawsuit against their abuser even if their claims would have been time-barred under existing law. Subsequently, we filed a motion for summary judgment arguing that the defendant’s liability for assault and battery was proven as a matter of law based on his conviction for sexual abuse.

As explained by the court in ruling on the motion, the defendant’s criminal convictions “are based on facts identical to those at issue in plaintiff’s cause of action for assault and battery”; namely, his abuse of his granddaughter. When a criminal conviction is “based upon facts identical to those in a related civil action,” the plaintiff can “invoke the doctrine of collateral estoppel to bar the convicted defendant from litigating the issue of his liability.” The doctrine of collateral estoppel essentially says that once a specific legal issue has been fully decided in one legal proceeding, a party to that proceeding cannot re-litigate that issue in a later proceeding.

Here, the defendant admitted to facts sufficient to show criminal sexual abuse in the first degree, which are more than sufficient to prove a civil claim for assault and battery based on the same incident. For that reason, the doctrine of collateral estoppel applied, and the court granted our client’s motion for summary judgment on the matter of liability. All that remains on the issue of assault and battery is to determine the amount of damages owed to our client for the defendant’s despicable actions, including possible punitive damages. We are proud to help our clients find justice after the terrible ordeal perpetrated by the defendant.

If you or someone you love have been the victim of sexual assault, sexual abuse, rape, or another violent crime in Orange County or surrounding areas, the attorneys at Dupée & Monroe, P.C. in Goshen are ready to fight for the justice that you and your loved ones deserve. Call 845-294-8900 to speak with an attorney.