How Long Do You Have to File a Claim for a Car Accident? 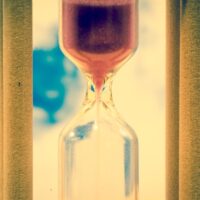 Just about any legal claim, whether civil or criminal, must be brought within a certain period after the underlying incident that gives rise to the claim. The law generally prefers that people not have to worry about accidents or incidents that happened dozens of years earlier, after most of the evidence has gone stale. Car accident claims are no different. If you were hurt in a car crash, you have a certain period of time within which to file your legal claims. If you miss that window, you might lose out on your legal right to recovery. Each state has its own laws about these time frames, called the “statute of limitations,” and the limitations period changes depending on the type of claim, the circumstances of the incident, and the nature of the plaintiffs and defendants. Continue reading to learn about the time limit for car accident claims in New York, and speak with a dedicated New York car accident attorney if you or a loved one has been hurt in an accident in Goshen, the Hudson Valley, or New York City.

In New York, car accident victims generally have three years from the date of the accident to bring a claim against a negligent driver or other responsible party. If an accident victim tries to file a lawsuit after the three-year period, the court will typically throw out the case.

New York has one big exception for the three-year period: If your loved one was killed in a car crash, you typically have only two years, rather than three, to file your claim. The two-year clock generally starts when the accident victim passes away, rather than the date of the accident.

Under certain circumstances, the statute of limitations will not begin right when an accident occurs. In wrongful death cases, as we mentioned, the clock starts ticking on the date of death. In other cases, the limitations period can be paused until certain events occur.

When minors are injured in a New York car crash, for example, the statute of limitations may be tolled until the victim’s 18th birthday. The victim will have three years from when they turn 18 to bring their claims.

In other cases, the period may be shorter than three years. For instance, if the government was involved in the crash, then you will have to abide by a different set of time limits. For example, if you were hit by a city bus, you have just 90 days to file a formal claim against the city, or the county or State of New York if they are the proper defendants. The statute of limitations for filing a lawsuit against a city or county in New York is one year. Speak with a knowledgeable car crash lawyer as soon as possible after your accident to ensure that you do not lose out on your rights by missing a deadline.

If you need help getting the money you’re owed after an accident in New York, contact the passionate and trial-ready Goshen personal injury lawyers at Dupée & Monroe for a free consultation at 845-294-8900.