How Are Auto Accident Claims Assigned a Money Value? 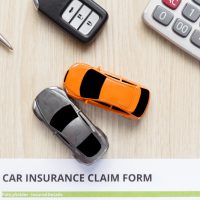 One of the most frustrating aspects of filing a claim for damages after a New York car accident can be the long wait for a resolution and payment of your claims. Waiting to find out how much you can expect to be paid for your claim can make it challenging to make long-term financial plans after an accident. There is no guarantee of exactly how much a given claimant will collect in damages, but an attorney experienced with New York personal injury claims can guide you in creating an estimate of what your claim is worth. Not only will this estimate help you plan, but it will also prevent you from accepting a settlement that is far below what you deserve for your claims. Read on to learn some of the factors that affect the value of an auto accident claim.

Claims for damages are primarily intended to compensate you for the costs associated with treating your injuries after an accident, such as doctors’ copays, the cost of medical equipment you may need, and travel costs for seeing a doctor. If your injuries have had a permanent impact on your lifestyle or line of work, this will also be accounted for in the award for damages to which you would be entitled. For example, if the victim were an avid amateur weightlifter whose back was injured in an accident, making them permanently unable to lift over 50 lbs., they might be compensated for the loss of this ability.

Compensation for an accident can vary based on what the at-fault driver was doing in the lead-up to the accident. If the driver was sending a text or driving at an unsafe speed, an award of damages is likely to be more substantial than if the driver had glanced away for a moment or been unable to stop in time to avoid a crash, despite paying attention to the road. Additionally, if it appears that a driver is unable to afford a costly judgment against them for your damages, a jury will be less likely to grant a large award in damages.

In New York, an award of damages to an accident victim will be reduced based on the degree to which the victim was at fault for their injuries. This is known as “comparative negligence.” For example, if the plaintiff in a claim for damages was determined to have been speeding at the time of an accident where the at-fault driver had run a red light, the accident victim may be found to have been 40% responsible for their injuries, since the injuries would have been less severe had the driver been traveling at a safe speed.

For assistance in seeking damages for injuries stemming from a New York traffic accident, contact the knowledgeable and dedicated Goshen personal injury lawyers at Dupée and Monroe at 845-294-8900.