The Ignition Interlock Program: What You Need to Know 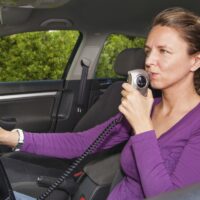 Leandra’s Law is a New York state law passed in 2009 in memory of an 11-year-old girl, Leandra Rosado. Leandra was killed after riding in a vehicle with the intoxicated mother of one of her friends. Following the tragedy, the state legislature amended New York’s Vehicle and Traffic Law to include penalties against drivers who operate a motor vehicle while intoxicated. The law stipulates the following:

What Is an Ignition Interlock Device?

An ignition interlock device is a breathalyzer that is connected to your car’s ignition. This small device makes it so that drivers cannot start or operate their vehicles while they are intoxicated.

An ignition interlock system monitors and ensures your continued sobriety as you drive as well. Some systems have randomized testing that requires you to breathe into the monitor to ensure that you are not drinking even after you have started your vehicle.

An ignition interlock device is ordered by a court and must remain installed on the vehicle a driver owns or operates for at least six months. If a court orders the device for a violator, then the court or the probation department will guide the violator to different vendors to purchase a qualifying device.

There are several types of ignition interlock devices on the market, but they all operate in the same manner. These devices consist of a handheld monitor, a mouthpiece into which users breathe, and a relay cord that connects the device to your vehicle.

There are different ways in which the device determines your intoxication levels as well. Common methods include a mouthpiece that requires you to do one of the following:

California was the first state to start a pilot program using ignition interlock devices in 1986. According to a report released by Mothers Against Drunk Driving, since 2006, these devices have stopped over 2.3 million people from driving while intoxicated.

The American Journal of Preventive Medicine published a study titled, “Ignition Interlock Laws: Effects on Fatal Motor Vehicle Crashes, 1982–2013.” The study details that ignition interlock systems have helped save lives as they contributed to reduced fatalities brought on by drunk driving.

Laws like Leandra’s Law which mandate the use of ignition interlock devices for drivers who have gotten behind the wheel while intoxicated have resulted in a 7% decrease in the number of fatalities due to drunk driving. In instances where the law mandates ignition interlock devices for first-time offenders who have a blood-alcohol level of .15 or higher, fatal drunk driving accidents have been reduced by 8%.

Removal of the Ignition Interlock Restriction

If you have been arrested for driving while intoxicated in the Hudson Valley and face penalties such as an ignition interlock device installed on your vehicle, contact the New York criminal defense attorneys at Dupée & Monroe to discuss your options for the most favorable outcome.