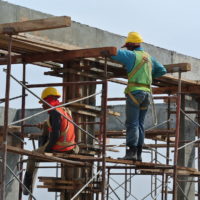 In a construction accident case teeming with factual disputes over how the accident occurred and who was responsible, Dupée & Monroe, as attorneys for the injured plaintiff, were successful in focusing the court’s attention on the one key fact most important to the issue of liability – what type of protection was provided to prevent the accident. In the court’s own words: “The answer, none.” Dupée & Monroe secured a summary judgment in favor of the plaintiff on the issue of liability, leaving only the question of how much compensation should be awarded left to be decided at trial.
The case was Martin v. S3 TUNNEL CONSTRUCTORS, INC., decided in the Supreme Court, New York County, in June 2011. The case arose out of a construction accident that occurred in 2008 during work on the Second Avenue Subway extension project in New York City. The plaintiff, Martin, was employed by a subcontractor doing excavation work on the project while sewer and electrical services were being reinstalled. Martin’s specific job was that of a Timberman, making him responsible for building and installing barricades and braces so that work could continue safely underground. While working alongside an excavator at street level to bring building materials to the work area, a large piece of plywood fell out of the excavator bucket and hit Martin on the head, causing head, neck and back injuries.
Martin sued the general contractor and the property owner (the MTA) under New York Labor Law section 240(1). This law, commonly known as the scaffold law, requires that proper protection be provided to prevent gravity-related accidents such as falling objects or falling workers. Section 240(1) can be applied to ladder falls, scaffold collapses, and any accident where an elevation differential plays a key role.

Owners and contractors are strictly liable for such accidents, meaning that the plaintiff does not have to prove fault or negligence on the part of the defendant. All that has to be shown is that the plaintiff was engaged in work covered by the statute (erection, demolition, repairing, altering, painting, cleaning or pointing a building), and that a gravity-related accident occurred due to the failure to provide adequate protection against the danger. For falling object cases, this generally means a failure to use necessary and adequate hoisting or securing devices.
Since Martin in this case was injured in a gravity-related accident, his lawyers moved for summary judgment on the issue of liability under section 240(1). This means that the plaintiff is entitled to judgment in his favor as a matter of law, and the plaintiff does not face the burden of having to prove these facts at trial.
Although the defendants disputed many of the facts in the case, it was undisputed that the plaintiff was engaged in work covered by the statute and that the accident was gravity-related. The only relevant question for the court was what securing devices were in place to prevent the type of accident which occurred. The court answered this question succinctly: “The answer, none.” The court granted the plaintiff’s motion for summary judgment on the issue of liability and slated the case for mediation and trial on the question of how much in damages should be awarded to the plaintiff for his injuries.