Lane-Drift Accidents Often Due to Incapacity and Distraction 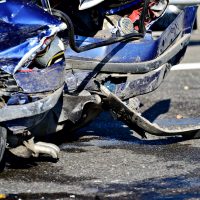 Drivers and law enforcement officers alike know that seeing a driver weave in and out of their lane is generally a sign of trouble. Recently, a safety research group published a study enumerating the most common causes of so-called lane-drift accidents, including a look at whether or not lane-departure warning systems in new cars are helping to reduce the number of such accidents.

The recent study was published by the Insurance Institute for Highway Safety (IIHS), using data gathered by federal authorities. The study examined crash site evidence and eyewitness testimony from 631 separate accidents believed to have resulted from one driver drifting from their lane of traffic, of sufficient severity that at least one car had to be towed from the scene of the crash. 125 of these car accidents resulted in either serious or fatal injuries to at least one person involved. The researchers found that the single factor which occurred most frequently in these accidents was driver incapacity, a factor in 34% of all lane-drift collisions studied. Incapacity was a factor in 42% of all fatal accidents studied. In 17% of those accidents involving incapacity, the drivers had fallen asleep, and in the remaining 17%, the drivers were physically incapacitated or rendered unconscious by something else, such as a heart attack, seizure, diabetic shock, or drug or alcohol use. 8% of drivers were over the legal limit for alcohol intoxication but conscious at the time of the crash. 22% were distracted. Researchers concluded that, while the lane-departure warning systems included on many new car models may be helpful in drawing a distracted driver’s attention back to the road, without some mechanism to correct the vehicle’s course, such systems are not as effective as they could be in preventing the types of lane-drift accidents which occur most frequently.

For incidents of sudden incapacity with no prior warning or incidents, courts will not often hold the incapacitated driver liable for resulting injuries, as the drivers did not realize they were putting others at risk when getting behind the wheel. However, for drivers who are incapacitated by a condition they knew they had but knowingly failed to treat, or lost capacity through the use of alcohol or drugs, courts may force such drivers to face financial and even criminal consequences for resulting injuries. A skilled New York personal injury lawyer can assist you in determining if you may have a claim for damages after an accident with an incapacitated driver.

If you’ve been hurt in an accident in New York, contact the seasoned, compassionate, and trial-ready Goshen personal injury lawyers at Dupée & Monroe for a consultation on your case, at 845-294-8900.