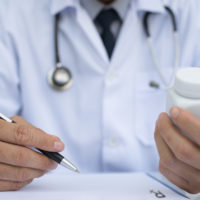 A local doctor is now facing federal charges for writing false prescriptions for opioids—prescriptions which she ultimately filled and provided to her girlfriend. Read on to learn more about the case, and contact a knowledgeable New York drug crime defense attorney for help after an arrest.

The recent indictment was filed against a doctor specializing in obstetrics and gynecology who once practiced at an office in Hudson. According to the charges filed against her, she used her prescribing abilities to illegally obtain hydromorphone and oxycodone for a former girlfriend who was addicted to heroin.

The complaint also states that the doctor wrote over 40 prescriptions for someone identified as C.B. in the complaint. The doctor admitted in an interview with investigators that she had called in these prescriptions and picked them up herself to deliver to her girlfriend.

Investigators claim in their complaint that the doctor and S.B. had an agreement by which the doctor would pay S.B. in exchange for her lying on the doctor’s behalf to federal investigators. However, S.B. agreed to cooperate with investigators in order to receive a reduction in charges.

If the doctor is convicted on these charges, she faces up to 20 years in prison, a minimum of three years of supervision after her release, and fines reaching up to $1 million. Federal drug charges can not only lead to crushing fines and prison time; they can also result in the loss of professional licenses, robbing those convicted of their livelihoods even after their debts are paid. New York residents facing drug charges are strongly encouraged to seek aggressive and experienced representation from knowledgeable criminal defense attorneys.