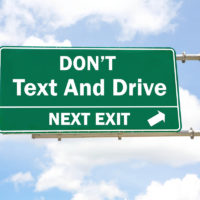 An 18-year-old man has recently been arrested and charged with several crimes, including reckless endangerment, and is now facing charges in Ulster County. Read about the arrest and charges below, and contact a Goshen criminal defense attorney if you’re facing criminal charges in the Hudson Valley.

Arrest after failure to stop

On the morning of Saturday, April 7, 2018, Ulster County sheriff’s deputies noticed that a car traveling through the Barclay Heights neighborhood of Saugerties was exhibiting an equipment violation. The deputies attempted to pull over the vehicle, but instead, the driver pulled away and drove through the neighborhood at a high speed. Town police from Saugerties and Ulster assisted the sheriff’s deputies in locating and apprehending the man. He will now be charged with misdemeanor charges of reckless endangerment and reckless driving before the Saugerties Town Court.

Proving reckless endangerment in the first degree requires showing that the suspect acted with “depraved indifference to human life.” Courts have convicted New York residents of first-degree reckless endangerment after shooting into someone’s bedroom window, shooting at houses from a vehicle when children were in the front yards of those homes, and attempting to ignite flammable liquid poured under the door of an apartment.