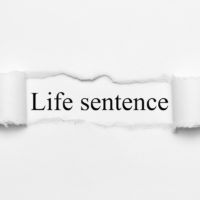 A Hudson Valley man recently received a sentence of 15 years to life in New York state prison, the judge having ruled that the man should be classified as a “persistent felon.” Learn more about the case and New York’s persistent felon sentencing, below. Contact a Hudson Valley criminal defense attorney if you’re facing criminal charges.

Monticello man Angelo “Deon” Johnson, 41, was convicted of felony burglary in November 2017. Johnson was found to have entered a motel room illegally and stolen property belonging to the victim, who lived in the motel room. Normally, a burglary conviction would come with a sentence of between 2 to 25 years in prison, depending on the degree of the felony and criminal history of the person convicted. However, Johnson was sentenced to 15 years to life in prison. The reason for this sentence? District Attorney James Farrell asked that Sullivan County Court Judge Frank LaBuda find Johnson to be a persistent felony offender.

New York’s persistent felony offender law is this state’s version of a “three strikes” law. Individuals facing felony sentencing who have been convicted of two prior felonies, each with a prison sentence lasting over a year, may face classification as a persistent felony offender. The judge may impose this classification, according to the New York Penal Law, if the person’s “history and characteristics” and the “nature and circumstances” of their criminal conduct “indicate that extended incarceration and life-time supervision will best serve the public interest.” The law has been repeatedly challenged as unconstitutional but remains on the books.

In Johnson’s case, his criminal history has been extensive. He was convicted of two prior felonies, both resulting in prison sentences. His conviction for selling crack cocaine in Sullivan County in 2008 resulted in a five-year prison sentence. He was also convicted and sentenced in Middlesex County, New Jersey in 2003 for having sexual contact with a child. Additionally, he has faced 27 misdemeanor convictions over the past 26 years.

If you’re facing possible conviction for a felony in New York and have a criminal history, be sure that you receive seasoned and aggressive legal defense by contacting the Goshen offices of Dupée & Monroe at 845-294-8900.