Local Officers Arrested, Assert that Bias Was a Factor in Their Arrest 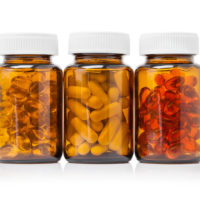 Two employees of the Otisville Correctional Facility were recently arrested and subjected to criminal charges for allegedly possessing contraband substances, despite the fact that other officers had similar substances and were permitted to leave without further investigation.

The two correction officers– Jose Rios, 44, of Middletown and Kimberly Marrero, 23, also of Middletown—were subjected, along with the other officers scheduled to work an evening shift at the prison, to a search of their person. Rios and Marrero had both been found bringing pills of some kind to work, as were four other officers among the 35 reporting for duty. However, only Rios and Marrero were searched further. The two officers also happened to be the only non-white employees among the six found with pills or capsules that day; both Rios and Marrero are of Hispanic descent. The two were handcuffed, marched out of the prison, and charged with misdemeanor promoting prison contraband. Both officers were released with appearance tickets, and so far, no criminal complaint has yet been filed against the officers.

Our law firm has taken on the task of defending the officers, and have found that a number of important protocols and protections for accused officers were overlooked in the lead-up to their arrest. According to our investigation, Rios had arrived that day with dietary supplements, and Marrero, a bottle of caffeine-free diet pills. No rule established by the prison or under Corrections law states that corrections officers are not permitted to bring dietary supplements or vitamins with them to work. Normally, when an officer is found with unidentified substances, procedures established by the Department of Correctional and Community Services mandate that administrators submit the substances to the on-site pharmacy to attempt to identify it. If the prison’s pharmacy is unable to do so, the substance should be submitted to a drug test kit, or analyzed by the state police crime lab. Only after the substances are established as illegal should individuals be subjected to potentially career-ending criminal charges. We believe it is not a coincidence that, despite being suspended without pay, Officer Rios has already been returned to the job and had his time and pay reinstated. Once the criminal case is closed, we plan to pursue a claim for a violation of the officers’ civil rights for the apparently-biased handling of this matter.

If you or someone you love has been arrested and you believe that racism was a factor, or believe that your civil rights have otherwise been violated, contact the experienced and dedicated Goshen civil rights attorneys at Dupée & Monroe for a consultation on your claims, at 845-294-8900.

UPDATE: On March 15th, the office of the Orange County District Attorney sent letters to the New York State Police Superintendent informing him that the DA has declined to prosecute officers Rio and Marrero. The decision not to file the proposed misdemeanor complaints was based on the determination that there is insufficient evidence to prove a case against the officers. According to the DA, there was no evidence that the pills in question constituted contraband under the law, nor was there evidence that the officers intended to transfer those pills to an inmate. Attorney James Monroe was quoted in the Times Herald-Record online edition saying that he was glad the DA’s office took the time to review the circumstances surrounding the arrest and felt that justice has been done in this instance.