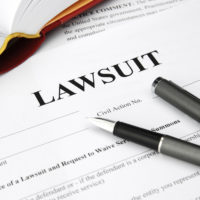 A Kingston resident has filed a federal lawsuit seeking money damages from two members of the Kingston Police Department, claiming that he had his constitutional rights violated during an arrest in 2015. Read about the lawsuit below, and contact a knowledgeable Hudson Valley civil rights attorney if you believe that your constitutional rights were violated during an arrest.

The lawsuit is based on an arrest that occurred on September 4, 2015. As the plaintiff was waiting to be picked up and driven to work that morning, he was approached by two Kingston police officers. According to the lawsuit, the officers were looking for a “short, bald, middle-aged, light-skinned African American man.” The plaintiff, then 25, described himself in the lawsuit as a “tall, thin, dark-skinned African American man with shoulder-length hair,” a description supported by video footage taken at the time of the arrest by the officers’ dash cam and the plaintiff’s cell phone.

When the plaintiff began recording his interaction with the police, he claims in his suit that one officer became “demonstrably angry.” The plaintiff was told to put his hands behind his back and, after doing so, was grabbed around the neck and allegedly thrown against a patrol car. When the plaintiff subsequently fell to the ground, he claims that the officer began punching him in the head and on his body. The plaintiff, who claims that he did not resist arrest whatsoever, was told to stop fighting by the other officer. The plaintiff claims that the second officer then “stun-tased” him 15 times while he was on the ground with his neck in a lock. The plaintiff was charged with obstructing governmental administration and resisting arrest. After a conviction for obstructing governmental administration, he received a year-long conditional discharge. Police did not offer medical attention to the plaintiff, but his family took him to the hospital after his arrest, where doctors put his right arm in a sling.

The Plaintiff Files a Lawsuit

The plaintiff has now filed a lawsuit in a New York federal court under the statute 42 U.S.C § 1983, claiming that his rights under the 14th Amendment of the US Constitution were violated by the two police officers during his arrest. 42 U.S.C. § 1983 allows plaintiffs to sue for money damages when an individual acting “under color of” state law has violated the plaintiff’s constitutional rights. An individual will be considered to have acted “under color of” state law when they were functioning as a representative of the government at the time of the rights violation. Police officers conducting an arrest are acting under color of state law. In this case, the plaintiff is claiming that the police violated his rights under the 14th Amendment, which protects a person’s right not to be deprived of their life, liberty, or property without due process of law, nor to be denied equal protection of the law. Victims may have a right in these cases to compensation for the cost of treating their injuries, any lost wages, pain and suffering, and attorneys’ fees.

If you believe you’ve been the victim of wrongful treatment by a New York police officer or have otherwise had your constitutional rights violated, contact the seasoned and dedicated Hudson Valley civil rights lawyers at Dupée & Monroe, in Goshen at 845-294-8900.