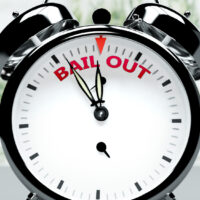 On April 1, 2019, New York State passed sweeping criminal justice reform legislation intended to all but eliminate the cash bail system for defendants arrested in the state.  The measure is set to go into effect in January 2020.  Read on for an understanding of bail under the new regime, and contact a passionate New York criminal defense lawyer if you have been arrested or charged with a crime in the New York or the Hudson Valley.

Under the existing system, New York, like most states, permits judges to set a cash bail amount for defendants upon their arrest.  Bail involves setting a price for defendants to be free from incarceration during trial.  The amount of bail depends on the severity of the crime, the defendant’s likelihood of fleeing, and other factors.  The judge, for example, might order that the defendant must turn over $20,000 to secure bail.  Once the trial concludes or the charges are otherwise resolved, assuming the defendant appears in court as ordered, the $20,000 will be refunded.  Typically, defendants cannot afford to fork over that amount of cash and instead turn to a bail bond agent.  The bail bondsman takes a non-refundable fee from the defendant (typically ten percent, which in our example would be $2,000) and pays the defendant’s bail with the expectation that the court will repay them.

Opponents to the bail system have argued for years that the system unjustly punishes poor defendants who cannot afford to pay even a bail bondsman’s fee.  Those defendants are left in jail pending trial for weeks or months, even though they have yet to be convicted.  Wealthier defendants, on the other hand, are likely to go free while awaiting the resolution of their case even when facing more serious charges and a much higher bail.

Additionally, criminal justice advocates point to the high proportion of the jail population made up of people who had yet to actually be convicted:  In 2018, nearly 70 percent of the average daily jail population in New York State were held pretrial.  Advocates estimate New York will see a 40 percent reduction in the number of inmates held pending trial across the state under the new rules.

Cash bail eliminated for most misdemeanors and nonviolent felonies

Under the new bail system, New York judges will no longer have the discretion to set cash bail for defendants for most misdemeanor and nonviolent felony arrests.  Instead, judges are encouraged to simply issue an appearance ticket for the defendant to return to court for future proceedings or put limited conditions on a defendant’s release if there is a flight risk.  The new rule applies to persons arrested for the following crimes:

The new law also modifies bail, where it is still permissible.  Courts must take into account a defendant’s financial circumstances when setting bail and must allow for alternative payment methods such as the use of credit cards, partially-secured bonds, or the help of friends or family to pay.  The new law includes additional provisions intended to protect defendants, such as requiring courts to make publicly available any risk assessment tools they use in evaluating flight risk to avoid inappropriate biases, and granting a 48-hour grace period for a defendant’s failure to appear before issuing a bench warrant.

In most cases, New York judges will now have to release defendants on their own recognizance (meaning without condition) pending trial, unless the defendant poses a risk of flight.  If the defendant is a flight risk, the court must employ the “least restrictive” conditions possible to ensure the defendant’s return – such as supervised release, travel restrictions, or electronic monitoring.

If you have been arrested for DWI, weapons charges, drug crimes or other criminal charges in New York, contact the skilled and effective Goshen criminal defense lawyers Dupée & Monroe at 845-294-8900 to fight for you.