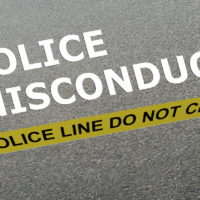 A case involving a former City of Middletown police officer who reported on police misconduct which he witnessed has survived the defendant’s latest motion to dismiss, clearing the way for the five-year-old case to finally be heard in federal court.
Jason Jackler was a probationary police officer for the City of Middletown in Orange County in 2005 when he witnessed a fellow officer strike a handcuffed arrestee in the face. After describing the incident in a report, Jackler alleges he was pressured to change his statement and that he was later dismissed from the force for his refusal to succumb to the coercion of his superiors.
In 2009, Jackler filed a lawsuit in the United States District Court for Southern District of New York, alleging violations of his First, Fourth, Fifth and Fourteenth Amendment rights under the U.S. Constitution as well as violations of his rights under the New York State Constitution.
The plaintiff’s case alleged that the firing was in retaliation for his exercise of free speech protected by the First Amendment and therefore a deprivation of his civil rights under 42 USC 1983. The defendants, including the Chief of Police and two other officers, moved to dismiss the case, claiming that Jackler’s statement was made as an employee and not as a public citizen and so was not protected speech under the First Amendment. The District Court agreed and dismissed the case in 2010.
Jackler appealed the case to the Second Circuit Court of Appeals, which reinstated the case in 2011, holding that an officer’s refusal to submit a false report is protected under the First Amendment. The defendants’ petition to the supreme court was denied in 2012.
The latest procedural move by the defendants was to try to get the judge to grant a summary judgment in their favor by ruling that the plaintiff did not have enough evidence to go to trial. The judge rejected that motion in a ruling on March 13th, so Mr. Jackler may yet have his day in court.
The plaintiff is represented in the case by James Monroe of Dupée & Monroe, P.C. in Goshen and Stephen Bergstein of Bergstein & Ullrich, LLP in Chester.