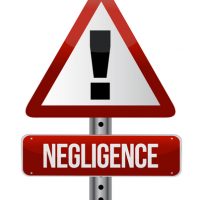 Even simple negligence surrounding following safety procedures can lead to horrific crimes, and lying about the initial negligent act can lead to even worse results. Recently, a violent assault perpetrated on a developmentally-delayed resident in a halfway home resulted in a substantial award to the heirs of the victim.
The case, titled William L. v. The State of New York, involved a plaintiff who had filed the lawsuit on behalf of his sister Paula, a now-deceased woman who had long been a resident of the New York State-run Sycamore IRA group home in New Windsor, New York. Paula had the mental age of a one-year-old, and was unable to bathe, toilet, or otherwise care for herself, and was nonverbal. At trial on the case, it became clear that Sycamore was gravely negligent in providing adequate security for the home. Aides regularly forgot to lock the front and back doors of the home, and the home lacked a security camera system. Additionally, it was discovered at trial that one of the aides had been permitted to leave the home during her shift, which left only one staff person on duty in contravention of state law.
Unfortunately, this lax care had tragic results for one resident. Paula was assaulted by what could only be presumed to be an intruder over the course of a weekend in December of 2009, after the employees and residents in the home were ruled out as suspects. Despite inevitably discovering the injuries and evidence of the assault from toileting and bathing her, the nursing staff failed to report the crime to authorities. In fact, the staff did not even record the incident in the home’s log book until days later, back-dating the entries pursuant to a supervisor’s orders. Instead, the aides simply bathed and toileted the woman as usual, effectively erasing valuable forensic evidence that could have led authorities to uncovering the woman’s assailant. Additionally, according to an examination by a doctor versed in assault and emergency medicine, Paula’s injuries indicated that she was assaulted on two separate occasions. This meant that, likely due to the fact that the assault went unreported and no official actions were taken or changes made, the assailant regained access to the home and committed yet another assault against the woman. Paula’s injuries went unreported until the following Monday, when aide workers at Paula’s weekday care facility saw her bruises. The court ruled that the aides’ negligence in allowing doors to be left unlocked, and leaving the home so short-staffed, made it reasonably foreseeable that a resident would be assaulted in this way; in other words, the State of New York, the party responsible for the home’s operation and resident’s safety, should have been able to predict that residents would be harmed in some way by outsiders if the home wasn’t secured, and should have taken greater care in ensuring their safety. Since the State should have been able to predict this outcome, it was held liable for the pain and suffering that the woman experienced as a result of the home staff’s gross negligence in the amount of $2.5 million.
If you or someone you love has suffered an assault, and you want to ensure that the responsible parties are held accountable and that you receive full compensation for your injuries, contact the experienced and compassionate Goshen personal injury attorneys at Dupée & Monroe for a free consultation on your claims, at 845-294-8900.