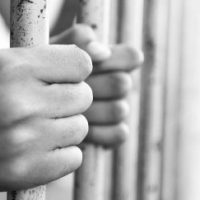 In the face of years of public demand for changes to federal sentencing guidelines for drug offenses, thousands of federal drug prisoners are now eligible for early release. The first wave of early releases from federal custody is slated to occur within the next month, and will include about 6,000 prisoners. Another 40,000 inmates will be eligible for early release in coming years. Some of those set for release have already been transitioned into halfway houses or to home arrest.
The prisoners in question are eligible for early release due to changes made last year to <a href=”/practice-areas/criminal-defense/drug-offenses/”>drug offense</a> sentencing guidelines. An independent commission operating under the umbrella of the U.S. Sentencing Commission determined that the range of minimum and maximum sentences for a number of drug-related offenses should be reduced. These reduced ranges were then applied retroactively to inmates who were sentenced under previous guidelines. Around half of all federal prisoners are serving sentences for drug-related offenses, which means these changes will have wide-ranging impact on the federal prison system.
Inmates whose sentences are affected by the changed guidelines began applying for release when the new guidelines took effect. These applications, along with the applicants’ criminal records, are reviewed by federal judges who determine whether the applicant might pose a danger to society if released early. As of August 2015, roughly 75% of all applications for early release have been granted.
Critics of the rigid federal sentencing guidelines have been calling out for changes to the system for years. Many have deemed these policies that impose overly-harsh sentences on small-time dealers are ineffective in stemming drug crime, costly for taxpayers, and burdensome on communities. These changes in sentencing guidelines also follow research which points out that prisoners released early are no more likely to return to prison than those who serve their full sentence. One career prosecutor even described the “need to be smart about deciding who those dangerous people are” who should be sent away on extended prison sentences.
While some court watchers have expressed concern that the inmates who are eligible for release are dangerous, violent offenders, judges retain the right to decline an application for relief. Additionally, the early releases were delayed past their initial implementation date to allow officials to review the records of those to be released, ensuring that only reformed candidates would receive release.
If you believe an incarcerated loved one might be eligible for early release under new sentencing guidelines, or if you are facing a difficult legal question, contact the skilled Goshen criminal defense attorneys at Dupée & Monroe for a consultation on your claims, at 845-294-8900.