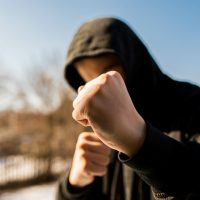 Cases in between, however, can raise complex questions of mental culpability. What happens if a defendant merely punched someone once, causing that person to fall, hit their head, and die? Can the defendant be charged with a more serious degree of assault, or even manslaughter, because of an unexpected result? Continue reading to learn about so-called “one punch” homicides in New York and how the law treats such cases. Call a seasoned New York homicide defense lawyer for advice and representation.

A defendant can be charged with assault in the third degree if they cause physical injury to a victim and it was their intent to do so, such as by throwing a punch. Third-degree assault is a misdemeanor, punishable by a maximum of one year in jail.

If the defendant caused the victim “serious physical injury,” however, and intended to do so, then the defendant can be charged with assault in the second degree. Second-degree assault is a much more serious crime – a felony punishable by up to seven years in prison.

Courts have been reluctant to allow more serious charges to carry if the prosecution can only prove that a victim suffered a serious injury, but not that the defendant intended such injury. This has led to what some call the “one punch” defense: A defendant gets into an altercation with another person, throws a punch (or several) intending only to cause minimal injury, and the defendant suffers much more serious injury. For example, the defendant slips, hits their head on the sidewalk, and falls into a coma. Under New York law, as it currently stands, so long as the prosecution cannot prove the defendant actually intended to cause more than minor harm to the victim, the defendant should not be convicted of aggravated assault.

Where does throwing one punch fall in the classification of intent? Under current New York law, throwing a single punch may not give rise to any sort of homicide charge. In fact, if no harm was intended, or if only minimal harm was intended, the “one punch” rule may limit the charges available to misdemeanor assault. The one punch rule is commonly invoked when the “victim” was actively involved in the fight, such as if it were a barroom brawl. Criminal negligence may not even apply because negligence assumes the defendant was or should have been aware of a risk of death; a reasonable person may not consider that throwing a single punch carries a risk of death.

There have been several legislative attempts to remove the so-called one-punch loophole, but these have yet to pass. Under current law, a defendant who throws a single punch that unexpectedly causes serious injury or death can only face misdemeanor assault charges. If the prosecution can show intent to cause more serious injury or death, more serious charges may result.

If you have been arrested for assault, manslaughter, homicide, or other serious criminal offenses in New York, call Dupée & Monroe, P.C., to get help from a dedicated criminal defense lawyer. From our offices in Goshen, we represent clients charged with all manner of criminal offenses in Orange County and throughout the Hudson Valley.