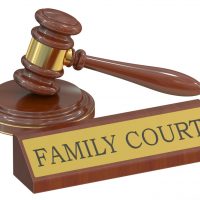 With the passage of the “Raise the Age” bill, New York State is no longer one of two states in the US that treats 16- and 17-year-olds as adults when coming before the criminal justice system. Some advocates still say that the law doesn’t go far enough in protecting teens from the harsh prison environment.

Currently, New York treats all 16- and 17-year-olds as adults when coming before the criminal justice system. Each year, about 28,000 16- and 17-year-olds are arrested across the state. The new law, included in this year’s state budget and signed by Gov. Andrew Cuomo, diverts most teens to family court rather than criminal court. As of October 2018, teens will only be held criminally responsible for their behavior beginning at age 17. That age will rise to 18 as of October 2019. Similarly, those under 17 will not be held in county jails after October of 2018, and those under 18 will avoid detention in county jails beginning in October of 2019.

Under the changed law, teens under 18 will be called before youth and family court when charged with misdemeanors. If charged with a nonviolent felony, those teens would be sent to a new, as-yet-not-created division of criminal court known as “youth part.” The judges in that division of the court will have received training in the law of family court. Unless a prosecutor can prove “extraordinary circumstances,” the teen will then be sent back to Family Court after 30 days. Similarly, prosecutors can require that minors charged with violent felonies be tried before a criminal court if they can show that the offense allegedly involved significant physical injury to the victim, use of a weapon, and criminal sexual conduct. Some juvenile justice advocates have argued that these caveats allowing juveniles to be tried by criminal courts weaken the protections the law was intended to bring.

Over the past decade, an increasingly large amount of research has come to light that shows the detrimental effects on teenagers of imprisonment in an adult facility. For instance, the rates of sexual assault are five times higher in adult facilities. In an effort to protect young inmates from assault, guards often place them in solitary confinement, which has been shown to cause permanent negative consequences on neurological development. Suicide rates are also higher for teen inmates in adult prisons. Governor Cuomo remarked, “Putting aside the fact that psychologists will testify that 16- and 17-year-olds often are not mentally mature, the reality of putting a 16- or 17-year-old in the same facility as hardened adult criminals is, on its face, cruel and unusual.”

Additionally, teens charged as adults are far likelier to become repeat offenders than those charged as juveniles. This is due in part to the fact that while many juvenile offenses may later be expunged from a record, crimes committed as an adult may not. Another factor is the shortage of rehabilitative and educational resources available in adult prisons.

If you’re facing criminal charges in New York, contact the aggressive and dedicated Goshen criminal defense attorneys at Dupée & Monroe for a consultation, at 845-294-8900.