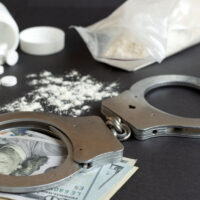 We at Dupée & Monroe, P.C., are proud to announce that we have secured justice for our client after he was unjustly convicted for crimes related to refusing to let the police search his car.  Attorney Jon Dupée, one of our partners, successfully argued that the police had no proper grounds to arrest our client at the outset.  Because the initial arrest lacked proper grounds, the conviction had no legs on which to stand.  Read about the vindication of our client below, and contact our dedicated and zealous Hudson Valley criminal defense lawyers if you or a loved one has been arrested in New York City or the Hudson Valley.

Our client was charged with several crimes after a police officer pulled over the defendant’s vehicle.  The officers had received a report that the client was “wearing military-style clothing” and had been using binoculars in the area.  The officer alleged that he smelled the “odor” of marijuana, and on those grounds, asked our client to leave the vehicle so that he could conduct a search.  The defendant refused to identify himself or exit his vehicle and permit the marijuana search.  On those grounds, the officers arrested the defendant, who was subsequently charged with obstructing governmental administration in the second degree and disorderly conduct, as well as certain other offenses.

Handling this case was a joint effort of the partners at Dupée & Monroe. Attorney Jim Monroe was able to successfully get most of the charges dismissed during the pendency of the case, and the jury ultimately found our client guilty only of disorderly conduct and obstruction. The defendant was sentenced to three years’ probation for obstruction and received no sentence for disorderly conduct.  This outcome was still unsatisfactory, and we appealed this unjust result, with attorney Jon Dupée handling the appeal.

On appeal, attorneys for Dupée & Monroe argued that the initial charging document was facially insufficient to allege obstruction of governmental information.  Specifically, the defense argued that the criminal information failed to establish the basis for the trooper’s identification of the odor of marihuana.  If the government could not properly establish how the officer identified the alleged marijuana smell, then the officer had no lawful right to demand that the defendant exit the vehicle.  If the police were not authorized to engage in their identification and search, then the defendant was not actually “obstructing” any official police conduct.  A defendant could not be guilty of obstructing governmental administration if the government officials were not acting under the proper authorization of law.

The appellate court agreed.  The government failed to initially identify or prove at trial that the police officer had a basis for allegedly smelling marijuana.  The government was unable to show that the officer had special training or experience sufficient to make him an expert in detecting the smell of marijuana.  The officer thus had no reason to order our client out of his vehicle to conduct a search, and our client was justified in refusing an unlawful search of his vehicle.  The court dismissed the conviction for obstruction, while the remaining disorderly conduct conviction carries no sentence.

If you have been arrested for drug crimes or are otherwise facing criminal charges in New York, contact a skilled attorney to fight for you by calling the dedicated Goshen criminal defense lawyers Dupée & Monroe at 845-294-8900.