Difference Between Robbery and Burglary? 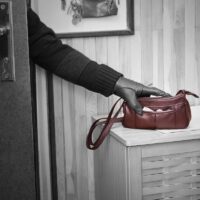 Many people use “robbery” and “burglary” interchangeably, believing that both terms more or less mean stealing. Robbery and burglary are, however, separate crimes with very specific definitions under New York law. The strongest defenses differ depending on the specific crime charged. Also, each crime carries different penalties; conviction for one can mean significantly more time in prison than the other, depending on the nature and circumstances of the crime. Continue reading to learn about the difference between robbery and burglary under New York law, and call a New York criminal defense lawyer for help after an arrest or conviction in New York City or the Hudson Valley.

In New York, robbery is the crime of forcible stealing. A robbery conviction requires proving that the defendant confronted the victim, face-to-face, committed larceny (theft), and either used force or threatened the use of force. Robbery is classified as either first, second, or third-degree depending on the nature of the crime. First-degree robbery, the most serious form, involves the use or threat of deadly force, including by brandishing a firearm or other dangerous instrument. First-degree robbery is a Class B felony, punishable by five to 25 years in prison.

Like robbery, burglary can be charged as first, second, or third-degree. The more serious forms of burglary are chargeable when the building involved was a dwelling (i.e., a residence) and/or the defendant used or threatened to use force, including firearms or explosives. First-degree burglary is a Class B felony, punishable by up to 25 years in prison.

Notably, the defendant does not need to intend to steal upon entry. Intending to commit other crimes such as arson or property destruction can still trigger burglary charges.

Defending Against Robbery vs. Burglary

It is important to understand precisely which crime is charged in order to mount a proper defense. For example, a burglary charge can be defeated if the defendant can show that they did not intend to commit a crime when they entered a building illegally. The defendant might face a lesser charge in that instance. Robbery has no such defense. Similarly, certain defenses to robbery would not be helpful in defending against or seeking to reduce charges of burglary. A savvy defense attorney can help you build the strongest defense depending on the specific nature of your arrest.

Get Seasoned Advice and Representation After a Hudson Valley Arrest

If you have been arrested or charged with a misdemeanor or felony in New York, call Dupée & Monroe, P.C., to get help from a passionate criminal defense lawyer. From our offices in Goshen, we represent clients charged with all manner of criminal offenses in Orange County and throughout the Hudson Valley.