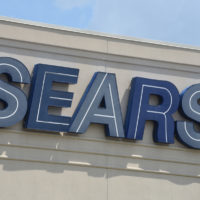 Representing the plaintiff in Cole v. Sears, Roebuck & Company, Dupée & Monroe was able to defeat the defendant’s motion for summary judgment in a sexual harassment lawsuit filed in the Supreme Court, New York County.
Robert Cole was the store manager of the Sears Auto Center in Nanuet, about 45 minutes south of Goshen in Rockland County. Cole alleged that he was subjected to a hostile work environment due to harassment from co-workers because of his sexual orientation. Cole also contended that his supervisors did not properly respond to his complaints and instead fired him for complaining about the harassment.
Cole sued in state court under the New York Human Rights Law and New York State Executive Law 291(1). In their motion for summary judgment, Sears claimed that they did respond appropriately to Cole’s complaints by reprimanding a worker and providing him with company literature on its nondiscrimination policies. Sears also claimed that Cole was fired for dishonesty.
In ruling against Sears’ request to dismiss the case, the court found that Cole had raised several questions of fact that should be heard by a jury, based on his descriptions of continual and recurring hostility toward homosexuals regularly and specifically directed at him. Cole had also met his initial burden of showing a case of retaliatory discharge. Even though Sears offered a legitimate, nondiscriminatory reason for the termination, Cole had raised a sufficient question that the employer’s reason was actually a pretext for an unlawful discharge.