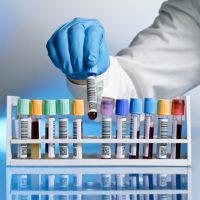 On April 17th, the United States Supreme Court handed down a decision regarding the right of law enforcement to conduct warrantless blood tests of individuals in drunk driving cases. In a victory for individual civil rights, the high court in Missouri v. McNeely held that the Fourth Amendment does not allow police to conduct such warrantless testing without first determining that an actual emergency exists that would allow a warrantless search.
The Fourth Amendment to the U.S. Constitution, found in the Bill of Rights, protects the individual from unreasonable searches and generally requires probable cause and a warrant before a search may be conducted. Many exceptions to the warrant requirement have been recognized over the years, however, including an exception for “emergencies” where there is not time to get a warrant. For instance, a police officer could enter a home without a warrant to provide emergency help to an occupant, if in hot pursuit of a fleeing suspect, or to prevent imminent destruction of evidence. The question for the court is whether the need to measure alcohol in the bloodstream before it is metabolized by the body qualifies as an emergency.
The Supreme Court actually recognized this emergency exception allowing a warrantless blood test over 45 years ago in Schmerber v. California. Since then, police have come to believe that they never need a warrant in this situation. The Supreme Court in McNeely said no. It upheld the search in Schmerber because it was reasonable under the circumstances, but that doesn’t make it reasonable in every circumstance. If the police have time to get a warrant without losing the evidence, then the Fourth Amendment requires them to do so. Whether an emergency or “exigent circumstances” exists in a particular case must be evaluated according to the facts of that particular case. The fact that alcohol in the bloodstream dissipates over time does not alone create an emergency allowing a warrantless blood test in every situation.

The Price of Liberty is Eternal Vigilance

Don’t think that a blood test will never be administered over your objection. This case does allow such warrantless searches to continue, and it will be up to your attorney to argue that the facts in your case did not support an emergency and move to have the evidence suppressed, which may lead to having the charges against you dismissed. The attorneys at Dupée & Monroe, P.C. devote substantial portions of their law practice to New York criminal defense and civil rights violations, including warrantless searches. If you are arrested for DWI/DWAI, have an experienced lawyer evaluate your case to determine if the police had probable cause to stop you, search you or arrest you. In Goshen and throughout the Hudson Valley, contact Dupée & Monroe, P.C.