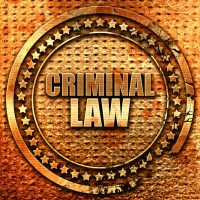 In People v. Devivo, the Appellate Division of the Supreme Court of New York, Third Department ruled this way in 2011, when a person on parole for the sale of drugs was convicted of burglary. The First Department agreed in People v. Cristostomo in 2013, where a defendant on work release from a drug conviction committed and was convicted of a violent felony. Even though the state argued that the legislature could not have intended to allow such a defendant to be eligible for resentencing, the court rejected the state’s argument and held that the language of CPL 440.46 was clear that the exclusion offense must be a “predicate felony” or “previous felony” committed before the “present felony,” which is the class B drug felony subject to resentencing.

The Second Department, which includes Orange, Dutchess, Rockland and Putnam counties, among others, followed this same line of reasoning in the 2011 case of People v. Myles. This case involved an individual who committed a merit time-ineligible offense after conviction of a class B felony drug offense. In addition to violent felonies, offenses which are ineligible for a merit time allowance are also included in the definition of an exclusion offense in CPL 440.46. Here again, the merit time-ineligible offense must come before the drug conviction to be an exclusion offense.

For help determining your eligibility for resentencing for a class B drug felony, and for assistance preparing, filing and arguing your motion with the court, call the dedicated and experienced Hudson Valley criminal defense lawyers at Dupée & Monroe in Goshen at 845-294-8900.