Top Defenses When Fighting a DWI/DWAI Case in New York 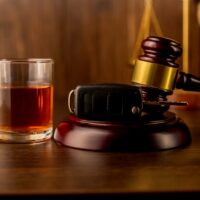 Every year, more than 40,000 people are arrested for driving while intoxicated (DWI) in New York. DWI, often called a DUI (driving under the influence) in other states, is a serious charge regardless of how common it may be. A DWI conviction can lead to heavy fines, loss of driving privileges, and even jail time for repeat offenders or where aggravating circumstances were present. Being arrested for DWI does not necessarily mean you will be convicted, however. Below, we discuss some of the defenses we commonly employ to mitigate the charges or get the case dropped entirely for our New York DWI clients. If you have been arrested for DWI in New York, call a knowledgeable New York DWI defense attorney for advice and representation.

American citizens are guaranteed various rights under the U.S. and New York constitutions and laws. When police violate those laws in stopping or arresting a defendant, then evidence can be thrown out and charges dropped. Police must, for example, have reasonable suspicion that a crime or infraction has been committed before pulling a driver over. If they lacked sufficient cause, then the traffic stop was illegal, and any evidence obtained following the stop must be thrown out. Similarly, if the police conduct an illegal search of the vehicle without probable cause or fail to read a suspect their Miranda rights upon arrest, then the evidence can be excluded or a case completely tossed out.

Problems with the test

DWI convictions rely heavily on the accuracy of the breath or blood tests used to establish the blood alcohol content (BAC) of the defendant. If there’s a problem with the test used by the officer, then the charges lose all of their foundation. Common problems with the tests include, among others: The breathalyzer or blood test was administered improperly; the breathalyzer was inaccurate due to contamination by, for example, vomiting or indigestion; the testing device was old or had not been properly calibrated; or there was a gap in the chain of custody with the blood or breath test, meaning that the test could have been contaminated or interfered with before being entered into evidence.

Defendants also can, and absolutely should contest the validity and admissibility of field sobriety tests, given that they are notoriously inaccurate.

Even if a driver was, in fact, driving while over the legal BAC limit, they may still have affirmative defenses to conviction. A defendant who got behind the wheel out of necessity, such as to take someone to the hospital due to an emergency or to escape a violent crime, should not be convicted for DWI. Likewise, if a person was forced to drive under threat of violence to themselves or someone else, then they did not act voluntarily and should not be convicted.

If you have been arrested for DWI or charged with another crime in New York, call Dupée & Monroe, P.C., to get help from a dedicated DWI/DWAI defense lawyer. From our offices in Goshen, we represent clients charged with all manner of criminal offenses in Orange County and throughout the Hudson Valley.