Who is Liable in a Truck Accident? 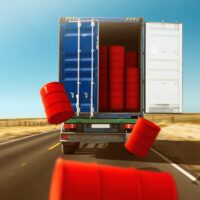 Truck accidents tend to be much more serious than car accidents. The sheer size of the vehicles involved, as well as the possibility that the truck’s haul (whether logging equipment, heavy machinery, or hazardous chemicals) could go flying and create additional dangers, makes large truck crashes much more likely to involve serious and even fatal injury. Truck crashes are also more complicated than typical car accidents. The truck driver may be working for a freight company, which in turn was hired by another party to deliver goods, and the truck’s maintenance could be outsourced to yet another company. If you were hurt in a truck accident, whose insurance governs? Whom can you sue? Continue reading for a discussion of liability after a large truck crash, and reach out to an experienced New York truck accident lawyer if you or a loved one has been hurt in an accident in Goshen, the Hudson Valley, or New York City.

In a typical car accident, the fault will be apportioned between you/your insurance company and the other driver/their insurance company. In a truck accident, there are a number of other parties who may be involved, and you may have to bring claims against each and every one of them to secure a full recovery.

For instance, liability may depend on the type of truck driver. Some truck drivers are independent owner-operators who drive their own trucks and perhaps operate a small fleet. In that situation, your claims would be restricted to that driver/owner-operator, and maybe the truck manufacturer if a defective truck part played a role.

If the trucker is a company driver, then they work for a specific trucking company and drive that company’s trucks. Your strongest claim would likely be against the employer, which typically assumes responsibility for the actions of its employees. Your claim would be even stronger against the employer if a failure on their part contributed to the crash, such as if the trucker was operating with inadequate safety training, with unsafe equipment, or without proper vehicle maintenance.

If the trucker is an owner-operator who owns their own truck but acts as an independent contractor to trucking companies, or leases their services to a trucking company, then you may have a claim against both the driver and the company for whom they were hauling. Liability for employers of independent contractors can be a complicated issue, which your attorney can help sort through.

At the end of the day, you may be best served by bringing claims against everyone involved and let the defendants sort out indemnification and other complicated issues of who actually owes whom. Your truck accident attorney will know how to identify the type of truck driver, who is their employer, and whoever else may become part of your claim.

Get Advice and Assistance After a Hudson Valley Large Truck Crash

If you or someone you love has been hurt or killed in a large truck crash or other traffic accident in New York, find out whether you’re owed money for your accident-related costs by contacting the seasoned, passionate, and talented Goshen and Manhattan personal injury lawyers Dupée & Monroe for a free consultation at 845-294-8900.