Non-Alcohol or Drug Violations That Lead to DL Revocation 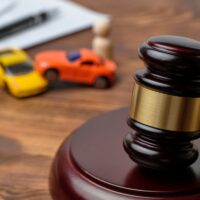 We are continuing in this blog with our ongoing exploration of criminal acts and violations that can lead to having your New York driver’s license suspended. Not all violations that warrant driver privilege suspension are connected to drugs or alcohol. Below, we explain the non-alcohol and non-drug crimes and violations that carry driver privilege suspension as a penalty in New York. Call an experienced New York criminal defense lawyer if you have been arrested or charged with a crime in the Hudson Valley or New York City.

A number of violations unrelated to alcohol or drugs can result in suspension or revocation of a driver’s license. These violations include:

New drivers face additional penalties for traffic violations. New drivers who are convicted of speeding, reckless driving, participating in a race, following too closely, or any two other traffic violations will have their license suspended for 60 days and will extend their term of probationary driving privileges. Conviction during the second probationary period will lead to a 6-month license revocation.

There are additional situations under which you could have your driver’s license revoked in New York. These circumstances include:

If you have been arrested or charged with a misdemeanor or felony in New York, call Dupée & Monroe, P.C., to get help from a knowledgeable and passionate criminal defense lawyer. From our offices in Goshen, we represent clients charged with all manner of criminal offenses in Orange County and throughout the Hudson Valley.