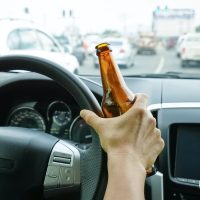 New York’s VTL explicitly defines certain types of intoxication. VTL §§ 1192(1) and (2) define “driving while intoxicated” and “aggravated driving while intoxicated” “per se” as driving with a blood alcohol content (BAC) of 0.08 and 0.18, respectively. Section 1192(3), however, simply says that no person “shall operate a motor vehicle while in an intoxicated condition.” Sections 4 and 4-a prohibit driving “while ability impaired by drugs” and “while ability impaired by the combined influence of drugs or of alcohol and any drug or drugs,” respectively. Impairment, and non-per-se intoxication, are not explicitly defined. Whether a specific defendant qualifies as impaired, then, has been left to the courts and the juries to figure out.

The New York Court System has issued model jury instructions based on their interpretations of the law. Their reasoning is based on historical case law. In 1979, the New York Court of Appeals held that “intoxication is a greater degree of impairment which is reached when the driver has voluntarily consumed alcohol to the extent that he is incapable of employing the physical and mental abilities which he is expected to possess in order to operate a vehicle as a reasonable and prudent driver.” The court drew its conclusion from the fact that driving while “intoxicated” is a lesser offense than driving “while ability impaired.”

Extrapolating from the 1979 decision, in 2021 the Third Department appellate court similarly held that “impairment” by a drug requires that the motorist be “incapable of employing the physical and mental abilities which he [or she was] expected to possess in order to operate a vehicle as a reasonable and prudent driver.” The court’s intention was to overrule a prior decision that had held that “impairment” for the sake of criminal vehicular manslaughter meant the driver had been impaired “to any extent.”

The model jury instructions for the prosecution of VTL §§ 1192(4) (driving while impaired by drugs) and (4-a) (driving while impaired by drugs and alcohol) proposed by the courts use the same definition for “impairment” as the appellate court suggested for vehicular manslaughter. Courts are not explicitly required to use this definition, but many choose to do so. That is, the jury should be instructed to consider whether a driver was impaired, such that “a combination of drugs or of alcohol and any drug or drugs has rendered that person incapable of employing the

physical and mental abilities which that person is expected to possess in order to operate a vehicle as a reasonable and prudent driver.”

The jury may consider all surrounding facts and circumstances in making their assessment of the defendant’s alleged impairment, including the defendant’s physical condition and appearance, their manner of driving, opinion testimony about the defendant’s level of inebriation, and the results of any blood test for drugs or alcohol.

If you are under prosecution for driving while ability impaired by drugs or a combination of drugs and alcohol, the government is obligated to prove that your driving was actually impaired. It’s not sufficient that you may have had drugs in your system. Talk to a seasoned criminal defense lawyer to ensure that your rights are protected and the strongest defense possible is presented to the charges you face.

If you have been arrested for DWI/DWAI or other serious criminal offenses in New York, call Dupée & Monroe, P.C., to get help from a passionate criminal defense lawyer. From our offices in Goshen, we represent clients charged with all manner of criminal offenses in Orange County and throughout the Hudson Valley.