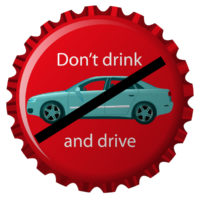 We all know how dangerous it is to drink or take other intoxicating substances and get behind the wheel of a car, and in the age of ride-sharing apps and ubiquitous cabs, there’s no good reason to drive after you’ve had too much to drink. However, one day your judgment might falter, or an officer might pull you over on suspicion of driving while intoxicated when you haven’t been drinking. Below are some things you should know about being pulled over for a DUI or DWI in the state of New York.

While it may be frightening to get pulled over and potentially face arrest, try to remain as calm as possible. Don’t make any erratic movements, and don’t ramble. Aside from providing your name, driver’s license, and a copy of your registration to the officer, there is little to gain from answering the officer’s questions. If asked where you’ve been or how much you’ve been drinking, a simple, “I don’t have anything to say, officer” will suffice. Be respectful, but don’t go out of your way to make the officer happy. Speaking at length will give the officer a chance to hear your speech as “slurred” or “sloppy” and to find probable cause to arrest you, even when you may just be nervous.

You are not obligated to take field sobriety tests, or submit to a portable breathalyzer test

Common field sobriety tests include the “walk and turn” test, standing on one leg, or following the officer’s finger with your eyes. These tests can be difficult to pass even when you aren’t nervously wondering if you’re about to be arrested. Additionally, there is no objective “passing” performance of such tests—it’s all up to the officer’s subjective opinion of how you performed, and these tests simply provide further support to the theory that there is probable cause to arrest you. You have a right to refuse to take these roadside sobriety tests, as well as a right to refuse to take the handheld portable breathalyzer test, by declining to do so politely and respectfully, but firmly.

If you are arrested, you will either need to take a chemical test, or will be subjected to penalties

Speak to an attorney as soon as possible

As soon as possible after an arrest, request to have an attorney present, and don’t speak to an officer at length without your lawyer there. You deserve to have an advocate by your side who knows your rights and will insist that they’re respected.
If you’ve been charged with a DUI or DWI in the Hudson Valley area, contact the experienced criminal and DUI defense attorneys at Dupée & Monroe for a consultation on your case, at 845-294-8900.