What is Complex Regional Pain Syndrome? 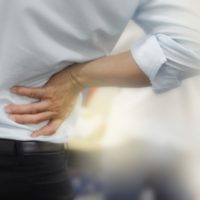 Some accident victims can walk away with only minor injuries and heal from traumatic accidents quickly. Others may spend months or years after an accident suffering from painful reminders of the trauma they experienced. Complex Regional Pain Syndrome is one condition that can afflict accident victims, and it may warrant the award of additional money damages after an accident. Read on to learn more about this condition.

Complex Regional Pain Syndrome, or CRPS, is a condition that occurs most often in victims of serious injury or trauma. CRPS causes severe and often continuous pain in an extremity, such as a hand, foot, arm, or leg. CRPS is believed to stem from damage to the nervous system after an injury accident. CRPS can also affect the immune system, with the body reacting to the site of an injury in a similar manner to how it would react to a virus, causing redness, warmth and swelling in the affected area. Occasionally, the condition can result from entrapment of a nerve or damage to surrounding blood vessels rather than an injury. CRPS may last for several months or years, and can result in long-term disability for some victims.

There is no diagnostic test to determine if someone suffers from CRPS, but there are symptoms that tend to occur in CRPS patients. The primary symptom is severe pain which may radiate out from the affected extremity, sometimes even traveling to the opposite extremity. The pain is often described as feeling like burning, squeezing, or pins and needles. The area is often highly sensitive to even normal skin contact, a condition known as allodynia. The affected area can become swollen and red and can vary in temperature. These symptoms can be due to the immune reaction that occurs as the result of CRPS, or they can be attributed to nerve damage affecting the flow of blood and temperature regulation.

How CRPS is caused

About 90% of those who suffer from CRPS develop the condition after experiencing a traumatic injury, such as a bone fracture, sprain, strain, laceration, burn, bruise, or medical procedure. When these injuries occur in the context of a personal injury accident, such as a slip-and-fall, car accident, or medical error, victims may have a right to file a lawsuit to seek damages for costs related to both the original injury as well as the resulting CRPS. A seasoned New York personal injury lawyer can help you determine if you’re a good candidate to file a lawsuit based on your injuries.

If you’ve been hurt in an accident in New York, get a no-cost evaluation of your claim by contacting the compassionate and seasoned Goshen personal injury lawyers at Dupée & Monroe for a consultation, at 845-294-8900.