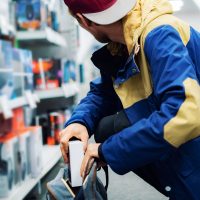 We’ve previously discussed shoplifting and other theft crimes. In New York, larceny is governed by Penal Law Article 155. While shoplifting typically falls within section 155.25 petit larceny, a defendant accused of taking property of a greater value can face more serious charges. Continue reading to learn about more serious forms of larceny in New York and the penalties they carry. If you’ve been arrested for grand larceny or other theft crimes in New York, call a dedicated New York grand larceny defense attorney for advice and representation.

In New York, if a defendant is accused of stealing any property, they can be charged with larceny. “Stealing” is defined as wrongfully taking, obtaining, or withholding the property of another with the intent to appropriate the property for themselves or a third person, or with the intent to otherwise deprive the owner of their property. Larceny can be committed in any number of ways, including “trespassory taking” (standard theft, such as shoplifting), pickpocketing, embezzlement, acquiring lost property, and extortion.

The lowest level of larceny, known as petit larceny, is chargeable as a misdemeanor. In contrast, the defendant can be charged with grand larceny if the property stolen is of sufficient value, or if other conditions are met.

There are four degrees of grand larceny:

The penalties for grand larceny range from a few years to a quarter of a century in prison, in addition to restitution and heavy criminal fines. New York law imposes a mandatory minimum prison sentence for first-degree grand larceny, even for first-time offenders, while defendants convicted of lower levels of grand larceny might be able to avoid prison for a first offense.

The penalties for the different levels of grand larceny are as follows:

If you have been arrested for shoplifting, petty theft, or other criminal offenses in New York, call Dupée & Monroe, P.C., to get help from a seasoned criminal defense lawyer. From our offices in Goshen, we represent clients charged with all manner of criminal offenses in Orange County and throughout the Hudson Valley.