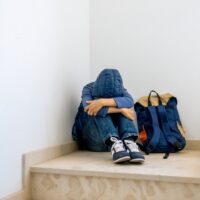 As we have discussed before, the New York Child Victims Act allows victims of child abuse who were silenced as children to bring their claims in open court as adults. We previously discussed Dupée & Monroe’s efforts to seek justice on behalf of children abused by Catholic institutions. Unfortunately, child abuse and cover-ups are not limited to the Church; New York City educators have also been complicit in failing to stop abuse committed by their staff.

The child abuse victim lawyers at Dupée & Monroe are now working with a former abuse victim to shed light on the abhorrent conduct of a Brooklyn middle school janitor and the New York City school system that allowed it to continue.

A 12-year-old New York City child was repeatedly subjected to horrible acts of abuse in a Brooklyn middle school in late 2010 and early 2011. As detailed in the complaint brought by the abuse survivor and her attorneys at Dupée & Monroe, the young girl was taken to a dingy, locked basement known as “The Pen” as many as 30 to 40 times from September 2010 through January 2011, where a then-32-year-old janitor committed acts of sexual abuse. The janitor was arrested for rape in 2011. He was convicted and sentenced to 20 years to life for his conduct. The school, however, was profoundly negligent in allowing the behavior to continue for as long as it did.

The janitor was arrested twice for drug use while employed, was caught with alcohol on campus, had been repeatedly warned to stay away from the building that housed The Pen, and had twice been put on a DOE ineligible list. The Pen itself was a clear violation of Department of Education regulations as well as the school’s own safety plan, yet it was excluded from security sweeps conducted by education officials. The school and Education Department’s failure to address this obvious hazard to the safety of children led directly to the abuse suffered by our client.

The plaintiff originally brought a claim against the janitor and the City in 2018, but the case was dismissed based on the statute of limitations. Thanks to the New York Child Victims Act, the plaintiff and her attorneys at Dupée & Monroe were able to revive her claim. We are now fighting to ensure that the negligent school board and Department of Education are held to task for their failures that allowed this catastrophe to occur.

If you were the victim of sexual abuse as a child, or you have a loved one who was abused, you can take action now to hold the responsible parties liable for their actions. For help with a claim in New York and the Hudson Valley, call Dupée & Monroe in Goshen for a no-cost, confidential consultation with professional, dedicated, and understanding New York personal injury attorneys.