What is Cruel and Unusual Punishment? 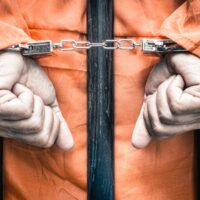 “Cruel and Unusual” is an Evolving Term

The Supreme Court has acknowledged that the term “cruel and usual” is, standalone, relatively vague. There is no clear definition in the U.S. Constitution, leaving it up to the courts and other officials to decide in a given circumstance if punishment is actually cruel and unusual. Most courts have basically read out the word “unusual,” focusing instead on the word “cruel.” Courts also acknowledge that society’s understanding of “cruel and unusual” changes over time. As a result, we generally look to Supreme Court precedent to establish what sorts of penalties and punishments are unconstitutional.

Types of Punishments That Are Cruel and Unusual

Some forms of punishment are unconstitutional regardless of the crime. Torture, drawing and quartering, public dissection, cutting off a limb, burning a defendant alive, disembowelment, crucifixion, and other types of torture or slow death are not permitted in the United States.

Is the Death Penalty “Cruel and Unusual”?

If torture and various types of execution are unconstitutional, it would seem to follow that execution in any form is “cruel and unusual.” The United States, unlike most other western democracies, has not yet reached that decision. The Supreme Court has yet to declare that the death penalty is unconstitutional under the Eighth Amendment, at least as a general matter.

The death penalty has been declared unconstitutional for juveniles, however, as well as for defendants declared mentally insane. Capital punishment has also been declared unconstitutional for any crime against an individual that does not result in the death of the victim. The federal statutes punishing the crimes of espionage and treason include the possibility of capital punishment, although no one is on death row for these crimes and it is not clear that the death sentence would withstand constitutional scrutiny if no death was caused by the crime.

Is a Term of Imprisonment Ever “Cruel and Unusual”?

Imprisonment is generally not considered cruel and unusual. But, the Eighth Amendment does prohibit punishments that are excessive in light of the crime. Whether a specific punishment is so excessive as to be cruel and unusual may depend on the specific crime committed, rather than based on a general rule. Courts have held, for example, that a 56-year prison term for forging checks totaling less than $500 is unconstitutionally cruel and unusual.

Additionally, in 2012 the U.S. Supreme Court held that a mandatory sentence of life without the possibility of parole is unconstitutional when the defendant is a juvenile. No defendant whose offense was committed while they were under the age of 18 can be sentenced to mandatory life without parole, regardless of the crime they committed.

It is worth noting that inmates may have constitutional claims concerning the conditions of imprisonment, even if their imposed term was not itself deemed unconstitutional. Prisoners deprived of food, water, medicine, air conditioning, heat, sanitation, or medical attention could have a claim that they are being subjected to cruel and unusual punishment, as might prisoners who are abused or assaulted by prison guards.

If you have been arrested or charged with a misdemeanor or felony in New York, call Dupée & Monroe, P.C., to get help from a dedicated criminal defense lawyer. From our offices in Goshen, we represent clients charged with all manner of criminal offenses in Orange County and throughout the Hudson Valley.