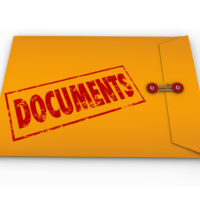 According to reporting conducted by the New York Times, although a change in New York law made it easier for those with old convictions to have their criminal records sealed; yet there is still a low number in sealing conviction records. Read on to learn about the rates at which New Yorkers have utilized the revised record-sealing law, and contact an experienced Hudson Valley criminal defense attorney for more information about criminal record sealing in New York.

In 2017, the New York legislature passed a law that allows New York residents to apply to have their criminal record sealed when they have a conviction that is ten or more years old. The law, which went into effect in October of 2017, provides for record-sealing only for those with no more than two misdemeanor convictions, or one felony and one misdemeanor conviction. Individuals with a conviction for a sex offense or violent felony are ineligible to have their record sealed, as are individuals with out-of-state convictions or federal convictions. Once a criminal record is sealed, past convictions won’t be visible on public records searches. Only law enforcement and employers for jobs requiring an applicant to carry a firearm would be able to see the conviction.

Despite these limitations on who may have their record sealed, criminal justice experts estimate that hundreds of thousands of New Yorkers may be eligible to have their records sealed. Nevertheless, only 346 people statewide have succeeded in having their records sealed as of May 2018. Many people involved in criminal defense or criminal justice advocacy feel that public awareness of the new law is low, resulting in few people applying. There is also no clear way for public officials or criminal justice advocates to tell who is eligible for record-sealing, making it impossible to approach people directly to let them know about their right to have their record sealed. Additionally, one lawyer with the Legal Aid Society told the Times that applicants who don’t get help from an attorney are “sometimes given the runaround or turned away.” An executive assistant district attorney in Queens explained that many of the applications submitted to their offices were completed without the help of a lawyer, “which,” the district attorney explained, “is probably why a lot are ineligible.” Record-sealing can open up a world of career possibilities for someone with an old conviction on their record, explained the Legal Aid worker. “The more people who can get good jobs, the less likely they are to end up in a situation where they’re getting arrested.”

If you need help getting your criminal record sealed, find out if you’re eligible under the law by contacting the seasoned Hudson Valley criminal defense lawyers at Dupée & Monroe for a consultation at 845-294-8900.