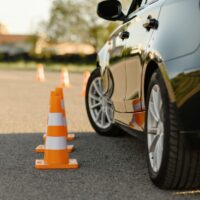 If you are convicted for a driving-related offense such as driving while intoxicated (DWI) or driving while ability impaired by drugs and alcohol (DWAI), you will face criminal prosecution including fines and potential jail time. You’ll also see your driver’s license revoked for a set period. When you go to get your driver’s license re-activated, however, you could face additional fees. Moreover, even if your license revocation or suspension was for a non-criminal activity, such as a chemical test refusal or zero-tolerance violation, you might still owe a civil fine as well as additional DMV fees when you re-apply. Below, we discuss the penalties, fines, and fees you can owe in connection with New York DMV offenses. For help responding to driving charges and avoiding unnecessary fees and penalties, talk to an experienced New York DWI and driving offense lawyer.

A conviction for a driving-related crime typically carries a monetary fine, among other punishments. For example, a first DWI or DWAI conviction typically carries a mandatory fine of between $500-$1,000, while a second offense is punishable by between $1,000 and $5,000 in fines. A number of New York driving offenses are considered non-criminal, however. For example, refusing to take a chemical test after being pulled over for a moving violation is not technically a crime, but it is a civil offense.

According to the New York DMV, drivers charged with the following driving-related offenses will face civil penalties:

In addition to any civil or criminal penalties paid in connection with conviction for a driving-related offense, New York drivers may have to pay administrative fees when they seek to reactivate their driving privileges. After a driver’s license is revoked, they’ll need to complete and submit the appropriate forms to reapply for a new license. Along with the form, the driver will need to pay a non-refundable $100 reapplication fee. The driver will also need to fully pay any suspension termination fee, civil penalty, or Driver Responsibility Assessment before applying for the new license or face administrative delays.

If you’ve had your driver’s license suspended, if you’ve been charged with a moving violation, or if you’ve been arrested on driving charges in New York, call Dupée & Monroe, P.C., to get help from an experienced New York criminal defense lawyer. From our offices in Goshen, we represent clients charged with all manner of criminal offenses in Orange County and throughout the Hudson Valley.