Drug Conviction Thrown Out Due to Illegal Stop 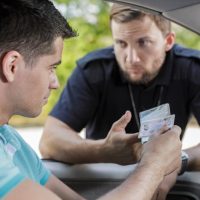 The New York State Appellate Division has recently concluded that a man’s conviction for drug-related offenses should be thrown out, based on the fact that police did not have a legal right to stop the man and search him in the first place. The case shows the immeasurable value of hiring an attorney, who can ensure that prosecutors and law enforcement are held to the law and forced to honor the constitutional rights of those they prosecute.

Ramonn Driscoll was pulled over by a police officer in the town of Southport in March of 2014 for driving a car that had a temporary inspection sticker. Driscoll fled the scene on foot. The officer who pulled him over looked into the abandoned car and saw a plastic bag on the front seat that appeared, and turned out to be, full of crack cocaine. When Driscoll was later found and arrested, he was charged with two drug offenses. His lawyer filed a motion to suppress the evidence, arguing that the officer had no legal basis to stop Driscoll initially. The court denied the motion, and Driscoll pled guilty to possession of a controlled substance. He was sentenced to three years in prison and two years of probation. Driscoll’s lawyers appealed the denial of the motion to suppress.

New York police are not permitted to pull someone over without reason. In order to make a traffic stop, police must have “probable cause” to believe that the driver has committed a violation of a traffic law. In other words, the police officer must be able to articulate fact-based reasons why he or she believes that a driver has violated a law. If the officer cannot do this, then the traffic stop should be considered illegal. When an initial stop or arrest is illegal, evidence that police recover as a result of the illegal stop becomes inadmissible in court. Unfortunately, unless an astute criminal defense attorney points out that an initial stop was not legal and requests that illegally-collected evidence be “suppressed,” or prevented from being presented to a jury, then the results of illegal stops often make it into criminal trials.

In Driscoll’s case, the Appellate Division agreed that the initial stop had not been legal and that the suppression motion should have been granted when initially filed. The court determined that driving a car with a temporary inspection sticker was entirely legal and did not provide the “probable cause” basis that the officer needed to conduct the initial stop. Since the court determined that the officer was acting out of “idle curiosity” rather than on the basis of articulable facts about why he believed a violation of traffic law was occurring, the stop was illegal. The evidence of drug possession was suppressed, and Driscoll’s guilty plea was vacated.

If you are in need of diligent, effective, and committed representation in your New York criminal trial, contact the Goshen criminal defense lawyers at Dupée & Monroe for a consultation on your case, at 845-294-8900.