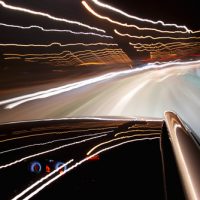 The conviction of Patrick Asaro of Manslaughter in the Second Degree was upheld last week by the New York State Court of Appeals, despite the fact that the prosecution’s expert witness had lost his notes by the time of trial and could not replicate the conclusions he made in his report that the defendant had been speeding and had crossed the double yellow line when the accident occurred.
The accident that led to Mr. Asaro’s conviction occurred in November 2008 on a rural road in Orange County. The defendant was apparently showing off to the passengers in his car how fast his car could go, when he crossed a double yellow line and struck an oncoming vehicle head-on, killing the driver and injuring the passenger, while also injuring the four passengers in the car with him.
Asaro was arrested and charged eight months later with manslaughter in the second degree, criminally negligent homicide, assault in the second degree (four counts), assault in the third degree (four counts), reckless endangerment in the second degree, reckless driving, and driving while ability impaired. Since the accident had occurred many months prior to the arrest, the defense was unable to obtain much of the same evidence the prosecution claimed to have based its case on. Nevertheless, Asaro was convicted on the manslaughter and assault charges, as well as reckless endangerment and reckless driving, and sentenced to 3 to 10 years in prison. He was acquitted on the DWAI charge.

Both the manslaughter and assault charges were founded on a mental state of “recklessness,” which under Penal Law section 15.05 means the person is aware of but consciously disregards a substantial and unjustifiable risk of death or injury. Recklessness includes creating a risk even if you are unaware of it because of intoxication. Although something more than merely speeding is usually required to support a finding of recklessness, the finding was affirmed on appeal by the Appellate Division of the Supreme Court of New York. The evidence here showed that the defendant was driving more than double the speed limit, as much as 130 MPH, that he “used the road as his personal drag strip,” that he knew and had been warned about the danger, and that he may have been drinking or using drugs (marijuana). All of these factors supported the finding of recklessness.
Arguments at the Court of Appeals level focused on the sufficiency of the state’s case in light of the fact that the state’s expert had lost his notes and could not reproduce his results at trial. At the end of the day, the court decided there was ample other evidence to support the convictions. If you go to the Court of Appeals Public Access and Search System (Court-Pass) and search by the party name Asaro, you can view some of the records in the case, including the opinion by Justice Graffeo upholding the conviction. You can also watch video of the oral argument and follow along with a written transcript.