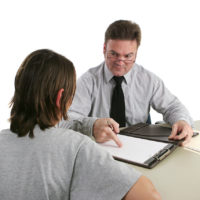 The State of New York was, until recently, one of only a few states that presumed juvenile responsibility on behalf of 16 and 17-year-olds. Now, a law passed in April 2017 that raised the age of criminal responsibility to 18 has begun to enter into effect, with full implementation to begin in October 2020. Read on to learn about how the law will change the way teenagers accused of a crime will be treated by New York’s court system, and contact an experienced Hudson Valley criminal defense attorney if you or your son or daughter has been arrested.

The Raise the Age law was passed on April 10, 2017 and enters into effect in two phases. As of October 1, 2018, the law took effect regarding 16-year-olds and will enter into effect for 17-year-olds on October 1, 2019. The law introduces substantial changes to where and how youth offenders will be prosecuted and sentenced for criminal offenses. When a 16- or 17-year-old is arrested in New York, their parents must be notified. The teenagers can only be questioned in age-appropriate settings and with the parents’ involvement. Questioning can only last for a developmentally-appropriate length of time, as well. The Family Court will hear all misdemeanor charges, aside from those pertaining to vehicle and traffic laws, against 16- and 17-year-olds. Cases tried in Family Court will not go on the teen’s permanent record and will be handled according to current Juvenile Delinquency laws.

The Raise the Age law also creates a “Youth Part” of adult criminal courts, where all cases will be presided over by Family Court judges. A 16- or 17-year-old charged with a felony-level offense will first have their case filed in the Youth Part. If the offense is nonviolent, or if it did not include an accusation of causing significant physical injury, unlawful sexual conduct, or of the display of a deadly weapon in furtherance of the offense, then the case will be transferred to the Family Court. Only if the case involves one of the factors listed above, or if the District Attorney succeeds in convincing the Family Court judge that “extraordinary circumstances” justify keeping the case in adult court, will the case remain in the Youth Part. Sixteen and 17-year-olds whose cases remain before the Youth Part will be known as Adolescent Offenders. Individuals who were convicted of an eligible offense in adult court can apply, for free, to have their record sealed when ten years have passed from either the imposition of the sentence or release from jail or prison, whichever was latest.

Juvenile offenders no longer housed in facilities with adults

Another significant change introduced by the law is that 16- and 17-year-old offenders will no longer be detained in facilities that also house adult offenders. The law prohibited offenders under age 18 from being held at Rikers as of October 2018. When the offenses are heard in Family Court, offenders will be housed in facilities licensed or operated by the New York State Office of Children and Family Services, or the New York City Administration for Children’s Services. Adolescent Offenders (those whose cases are heard in the Youth Part) will be housed in special juvenile detention centers intended for older youth. If an Adolescent Offender is sentenced to state imprisonment for a sentence of longer than a year, then they will be placed in an Adolescent Offender facility that offers enhanced security measures.

If you have additional questions about how adolescents will now be tried for criminal offenses or have other questions about a New York criminal case, contact the experienced and effective Goshen criminal defense lawyers Dupée & Monroe at 845-294-8900.