Newburgh Named One of America’s “Most Dangerous” Cities 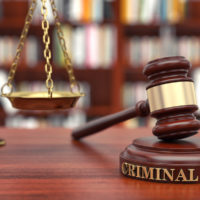 A recent report from Neighborhoodscout.com revealed that the Orange County city of Newburgh, New York, ranks as one of America’s most dangerous cities. Learn more about the Newburgh crime rates, and contact a skilled Goshen criminal defense attorney if you’ve been charged with a crime in New York’s Hudson Valley.

Annual Ranking Based on Crimes Reported Across the Us

The website Neighborhood Scout compiles statistics in many areas, including crime rates in neighborhoods across the US, for the purpose of valuing real estate. Each year, it publishes a list of the 100 cities in the US with the highest crime rates. The list is based on the violent crimes that have been reported in each city, though it also compiles the frequency of nonviolent and property crimes and provides probability ratings for how likely it would be for a resident to become the victim of one of these crimes. According to Neighborhood Scout, Bessemer, Alabama is the most dangerous city in the US in 2019. The chances of any one person becoming the victim of a violent crime in Bessemer are one in 34, and the chances of becoming the victim of a property crime there are one in 10.

Newburgh Ranked as Less Safe Than 91% of Us Cities

If you’re facing criminal charges in the Hudson Valley, find a defense lawyer who will vigorously defend your constitutional rights by contacting the seasoned Goshen criminal defense attorneys Dupée & Monroe at 845-294-8900.