Staying Safe on the Road: Seat Belts and Helmets Only Go so Far 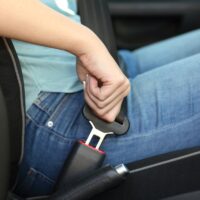 You’ve heard it in public service announcements and you know it in your gut that wearing a seat belt in the car or a helmet on a bike can save your life in a crash. Statistics and research show that these safety measures do in fact save thousands of lives every year. Unfortunately, even taking these precautions aren’t 100% effective in preventing serious injury or death in a crash. As the most recent numbers from the National Highway Traffic Safety Administration (NHTSA) show, traffic deaths in Orange County, New York, come mainly from auto passengers who were belted and motorcycle riders who were wearing a helmet at the time of the crash.

Learn more below about the latest NHTSA statistics on traffic fatalities in Orange County, and call Dupée & Monroe if you or a loved one has been hurt or worse in a motor vehicle accident in Goshen or the mid-Hudson Valley.

According to the NHTSA Traffic Safety Facts, New York passenger vehicle occupant fatalities totaled 438 in 2019. Of those deaths, 248 people were restrained at the time of the crash, compared to 153 unrestrained (restraint use was unknown in 37 instances). Similarly, motorcyclists in New York suffered 136 fatal accidents. Helmets were worn in 122 of the crashes, and only 11 deaths involved people who were not wearing a helmet (three unknown). On a bright note, overall numbers clearly show 2019 as part of a downward trend for auto and motorcycle fatalities in the state.

The numbers in Orange County followed a similar pattern. Here, 15 persons died in traffic accidents in 2019 while restrained, compared to five people who were unbelted. Of the eight motorcycle riders who died that year in the county, only one wasn’t helmeted. Compared to previous years, Orange County is not in line with the New York trend. Here in the Hudson Valley, motorcycle fatalities have been trending upward for the past several years, while passenger vehicle deaths have remained fairly constant.

Why do we see more traffic deaths among people who are taking steps to maximize their safety by using seat belts and helmets? The answer is that far more people take these safety measures than don’t, so simply due to the sheer number of deadly accidents, more people who were belted or helmeted die than those who weren’t. These raw numbers are not an accurate reflection of how well seat belts and helmets protect lives in a crash.

New York requires all front-seat passengers to wear seat belts. Children below the age of 16 must wear seat belts regardless of whether they are in the front or the back seat, and younger children must be restrained in the car seat, booster seat, lap belt or shoulder harness appropriate to their age and weight. The NHTSA statistics show seat belt use at 90.7% nationally in 2019, up from 2018 and part of a long-term trend toward increased use. The numbers are even higher in New York, where 94.2% of vehicle occupants were restrained in 2019. The reason New York sits above the national average is that our state has a primary enforcement seat belt law, meaning police can pull over and cite a driver for lack of seat belt use and don’t need another reason to stop a motorist. States with primary enforcement laws have higher rates of compliance.

For motorcycle riders in New York, all riders and passengers must wear a US DOT-approved helmet. Despite its proven safety effects, helmet use is a controversial topic among bikers, many of whom dislike helmets or being told to wear them as infringing on their personal freedom. Helmet use in 2018 was 71% nationwide, up significantly from the previous year and the highest rate in 20 years. Among states like New York with universal helmet laws, helmet use climbed to 96.7% in 2018, although only 83% of those helmets were DOT-compliant.

So How Do We Stay Safe?

If seat belts and helmets can’t always protect us in a crash, what’s the answer? First, don’t let numbers and statistics fool you. It’s clear that seat belts and helmets save lives, and you should use them every time you get in a car or on a bike. Once properly restrained or outfitted, drive defensively. Defensive driving means staying alert and aware of your surroundings, traffic patterns, weather and road conditions, and adjusting your driving accordingly. Watch out for other drivers; they probably aren’t as careful as you are.

If you do end up in a crash that was caused by a negligent driver, you’ll at least be able to recover compensation for your injuries, even if they were severe and costly. If you weren’t restrained or wearing a helmet, you can still bring a claim against the at-fault driver, although the amount of money damages you can recover might be reduced if the other party can prove your own negligence contributed to your injuries. Your attorney will work to prove the other driver’s fault in causing the crash while also defending you against allegations that you contributed to your injuries when such assertions aren’t grounded in science and facts.

If you’ve been hurt in a car, truck or motorcycle crash in the Hudson Valley, call Dupée & Monroe in Goshen for a free consultation on your potential claims.