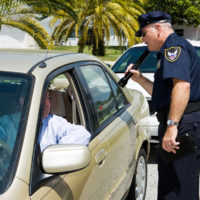 A recent decision from the U.S. Supreme Court has created what could be a dangerous precedent in allowing law enforcement and prosecutors to introduce evidence at trial which was obtained through illegal searches. The case, titled Utah v. Strieff, upheld a conviction for drug possession, even after the search of the defendant was found to be baseless and illegal.

The case revolves around the arrest of a Utah man, Edward Strieff. Detective Douglas Fackrell had been watching a house which police believed to be a center of “drug activity” when Strieff exited the house. Despite having no reason to believe Strieff was violating the law, Fackrell trailed him to a nearby convenience store. Fackrell stopped Strieff to question him about the house, still having no cause to believe Strieff had violated the law, and demanded his ID. When Fackrell reported Strieff’s personal information to his dispatcher, he learned that there was a warrant for Strieff’s arrest based on a traffic violation. Fackrell placed Strieff under arrest, and in the process of conducting an arrest search of Strieff, discovered that he was in possession of a small amount of methamphetamine. Normally, contraband discovered during an illegal search, such as a search conducted without cause, would not be admissible in court. In fact, the Utah Supreme Court overturned Strieff’s conviction for possession of methamphetamine, since Fackrell was not aware of the warrant out for Strieff’s arrest when he stopped him for questioning. However, the US Supreme court disagreed. The opinion reasoned that the warrant was an independent basis for Strieff’s search, and ruled that, while the initial stop was illegal, his conduct in conducting the search after learning of the warrant was permissible. In writing the majority opinion, Justice Clarence Thomas called the warrant check a “negligibly burdensome precaution for officer safety.”

In her dissent to the majority’s opinion, Justice Sonia Sotomayor criticized the weakening of individual rights against illegal search and seizure. She wrote, “The Court today holds that the discovery of a warrant for an unpaid parking ticket will forgive a police officer’s violation of your Fourth Amendment rights. Do not be soothed by the opinion’s technical language: This case allows the police to stop you on the street, demand your identification, and check it for outstanding traffic warrants—even if you are doing nothing wrong.”

What effect this decision will have on officer behavior is still being seen. However, some experts suggest that, without the deterrent effect of knowing that evidence seized after an illegal search will not be admitted in court if there happened to be a warrant for the searched person’s arrest, the ruling could result in a large uptick in stops and searches. As Justice Sotomayor wrote, the law would “[forgive] an officer who, with no knowledge of the warrant at all, unlawfully stops [a] person on a whim or hunch.”

If you have been arrested in New York, seek an attorney who will fight for your constitutional rights and ensure that your trial is fair by contacting the knowledgeable, aggressive, and trial-ready Goshen criminal defense attorneys at Dupée & Monroe for a consultation on your case, at 845-294-8900.